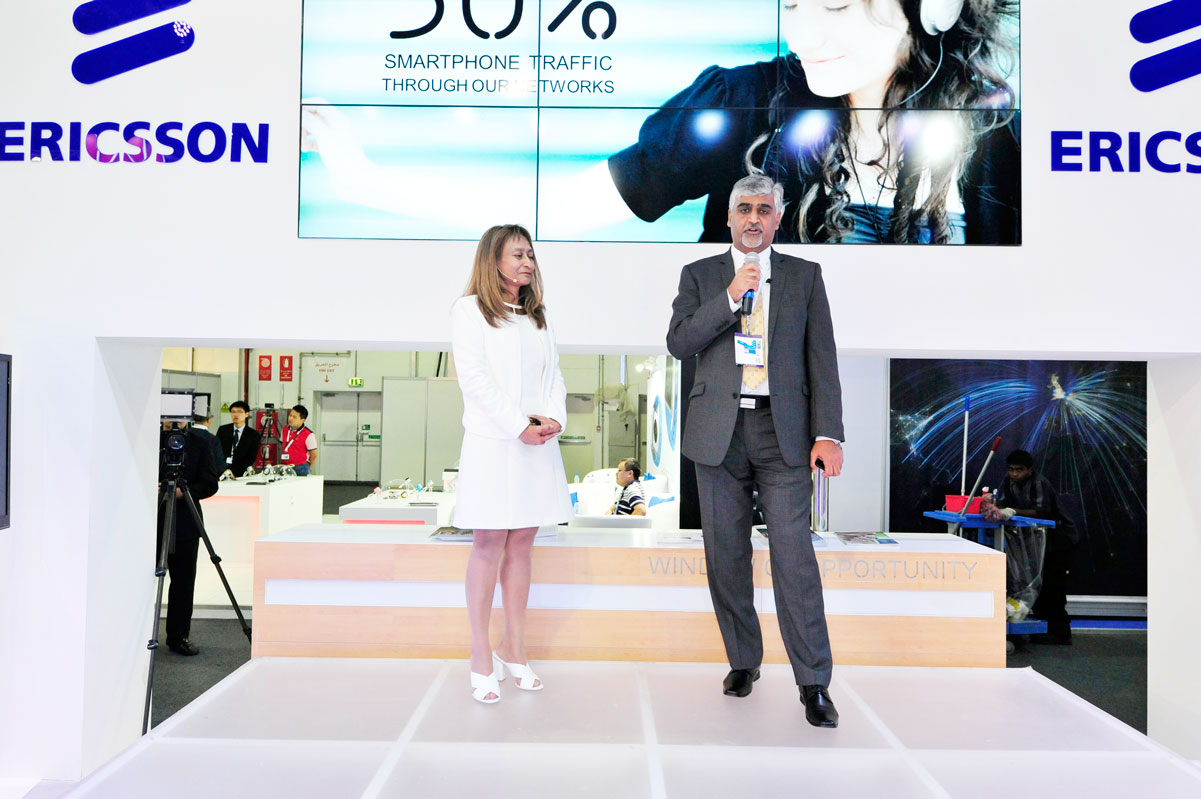 Muneer Farooqui, CEO Warid Telecom, himself went ahead to announce that Ericsson will roll-out Warid’s 4G LTE network throughout Pakistan. Warid will start its 4G services with few major cities but services will soon reach more areas with time, the CEO said.

This is the first time that Warid has publicly announced anything regarding its 4G LTE plans.

Warid said that it has already invested US 100 million dollars for rollout of its 4G LTE network till date. Warid is fully relying on Dhabi Group — its parent group —  lead by Shaikh Nahayan Mabarak Al Nahayan that has allocated a total sum of US 500 million dollars to fund Warid’s next-gen network rollout.

Decision shows that Dhabi Group is still confident about its investment in Pakistan as instead of external funding the group decided to inject US 500 million dollars into company from its pockets.

Muneer Farooqui in his notes at GITEX said that Warid becomes one of first few networks in the world which will be shifted from 2G to 4G LTE technology directly.  With the launch of its 4G LTE services, the customers of Warid Telecom in Pakistan will experience mobile broadband revolution with high-speed data on-the-go, the CEO said.

Mr. Muneer Farooqui further said that Warid is gearing up for the 4G LTE launch with the best available network solutions and Ericsson has been committed to provide us with the state-of-art technologies and services. “Our strong partnership and working relationship with Ericsson has given us complete trust in their technology and execution, making them the preferred partner for this landmark project as well.” Mr. Farooqui said.

Warid’s partnership with Ericsson marks the extension of Warid Telecom’s long-term relationship with Ericsson in a move that will evolve the mobile broadband experience in Pakistan to pave the way to a “Networked Society”, where all the businesses as well as individuals are empowered to reach their full potential.

“We are committed to bringing the Networked Society closer to Pakistan, and to play a role in the evolution of the country’s telecommunication services. As the newest phase of our relationship with Warid Telecom has started, we extend our support to Warid Telecom in delivering the superior experience to their customers through our latest innovative technologies and solutions.”

Pakistan is in the midst of an internet revolution, at the heart of which is the increasing uptake of smart devices and mobility. Connectivity via handsets already exceeds the number of connections through fixed line, and majority of first-time users experience the internet for the first time through their smartphones. With Ericsson’s solutions, Warid Telecom will deliver the optimum customer experience, whenever and wherever they connect in Pakistan.