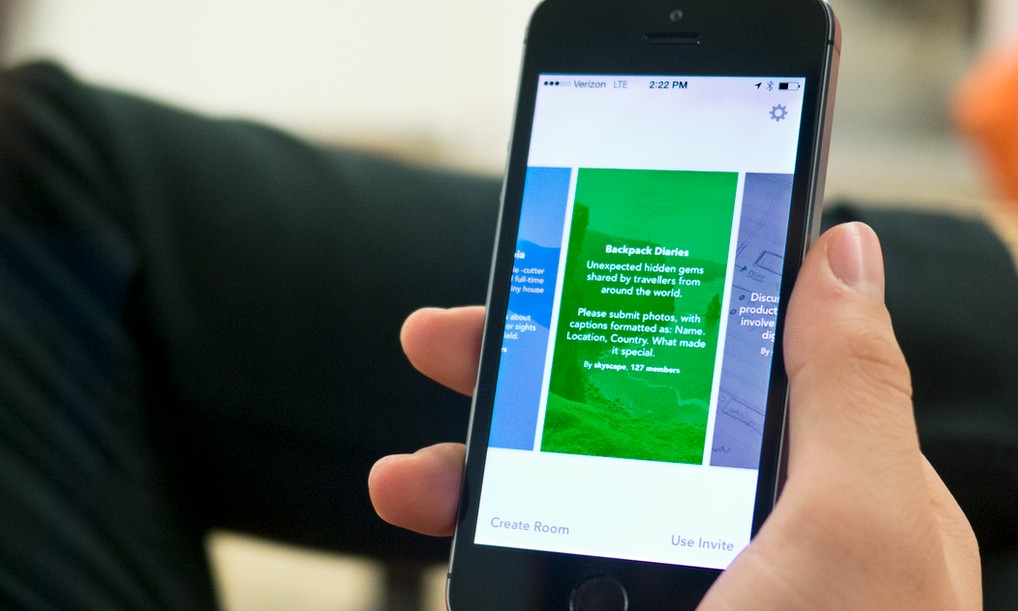 Facebook’s Creative Labs division has launched a new stand-alone app called Rooms. The app takes inspiration from forums, IRC chat rooms and communities we — the elder group of internet users — are familiar with.

Upon downloading the app, you can either join an existing room or create a new one. Rooms are based on a focused set of topics, ideas and events. So there could be a room for your favorite football club, your batch in university or the latest Game of Thrones episode. The descriptions, color schemes and settings of a particular room can be customized. For adding people to a room, the app creates a QR code which can be shared publicly or just amongst friends.

One great thing about the Rooms app is that you don’t have to use your real name in the app. In fact, you can choose different usernames in different rooms.

The use of QR codes is interesting. Talking about why the team behind Rooms chose them over links, the Josh Miller, who manages the project said, ‘Linking was the main way you found things in early web, but links are tough on mobile. If links were the easiest on web, photos are easiest on phone.’

You can simply create a QR code and post it online, share it in emails or social media or print it and put it up on a wall. Anyone who wants to join the room is prompted to open the QR code image in the Rooms app and that’s it.

Community guidelines like no abusive, no hate speech and age restrictions do apply though.

You can download the Rooms app from iTunes here. There is no word on whether or when we can expect an Android version, though we anticipate this to happen very soon.