Warid Telecom today announced the lucky winners of its Maal Dhamaal Bundle 2 Offer, countrywide campaign launched in April this year. This was the second round of Maal Dhamaal campaign and prize of Rs. 1 million was won by Asif Javed from Lahore and Imtiaz Hussain from Rawalpindi won a Toyota Car. 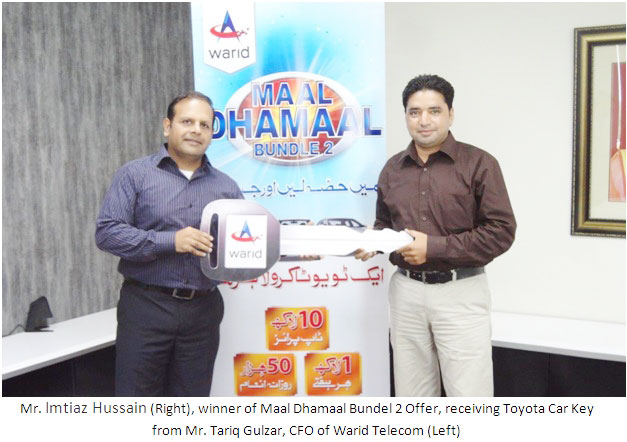 ASIF JAVED, the ‘Millionaire’ from Lahore shared his happiness by saying: “I don’t have words to thank Warid as I have never dreamed that I would be so lucky. Thanks to Allah Almighty and once again I thank Warid from bottom of my heart as it has, indeed, changed my life.”