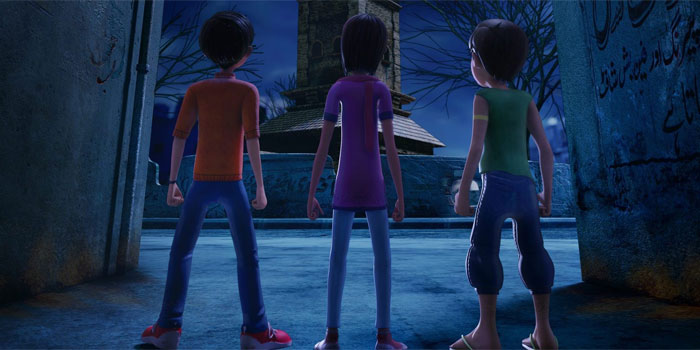 The concept of this pioneering movie has a very close connection with the company’s values. EBM believes in the importance of energizing children to be more productive contributors to society and be able to achieve their dreams. It promotes the concept of ‘edutainment’, whereby the healthy physical and mental growth of children is seen as a combination of education and entertainment. This is also exactly what the film ‘3-Bahadur’ depicts through the story of three young superheroes. EBM will be introducing exciting activities around the movie; for instance, movie branded packaging for Gluco and a themed web based interactive activity by RIO.

“We are proud to be associated with this project. The movie brings out a powerful message for children, that, each one of them has unique abilities and strengths through which they can make positive contribution to the society and that EBM’s brands communicate as well.”

3-Bahadur is a 3D animated film, which follows the adventures of three friends who set out on an epic journey to save their town from the evils that plague it. Equipped with courage and super powers, Amna, Saadi and Kamil (the main characters of the film) battle against the odds to restore peace and harmony in their once thriving neighbourhood.

“Almost 3 years ago, I had an intense desire to create an animated feature in Pakistan which would appeal to both children and adults alike. I have to admit, venturing into the realm of animation was unchartered territory for my team and I, but everyone quickly warmed up to the idea and we began learning the ropes and assembling a team of some of the best animators in the country to work with us. We are proud to announce and share the fruit of our hard work and efforts; Pakistan’s first animated feature film!”

English Biscuit Manufacturers (Pvt.) Limited was established in 1967 as the first manufacturer of wholesome, hygienic packaged biscuits in Pakistan. For over 45 years, EBM has been a symbol of trust and confidence for consumers, making it the leading biscuit manufacturer of Pakistan. EBM has an extremely diverse corporate social responsibility (CSR) portfolio, driven by a commitment to improving lives. With one of the largest CSR budgets amongst national and multi-national companies, EBM has made significant contributions in areas as diverse as health, education, community welfare, and sports related causes.