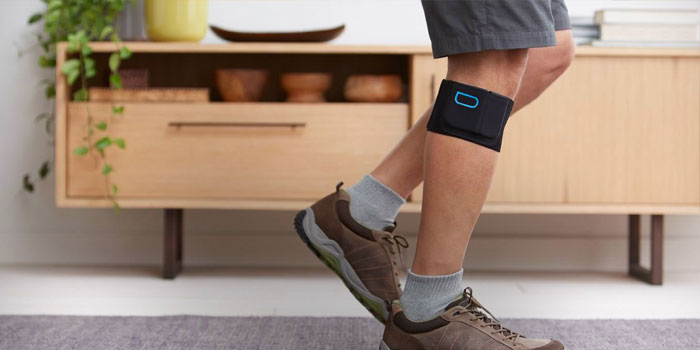 Quell, one of the wearables announced at CES 2015, is a drug-free device that will help in relieve chronic pain. The wearable stimulates your nervous system to create a natural response that blocks out the pain signals.

The wearable was part of an indieGoGo campaign where it easily surpassed its initial goal of $100,000 and currently stands at $250,000 which shows the demand the wearable got even before reaching the market.

Quell consists of a small electronic device that is supposed to be worn on the upper calf with the help of a flexible sports band which also comprises of a set of electrodes. Pain sufferers have to wrap the device on their calf and press a single button to start the pain relief process.

The technology used for pain relief is called WINS (Wearable Intensive Nerve Stimulation). The device stimulates the sensory nerves, which carry neural impulses to the brain and create a natural response that blocks out the pain signals to the body.

Wearers will feel light pressure or buzzing when the device is active and the pain will start to reduce after about 15 minutes of use. Therapy sessions can last up to 60 minutes and the device can be used multiple times throughout the day with at least 1 hour breaks between each session.

Quell is “the only FDA cleared, doctor recommended, 100% drug free device clinically proven to relieve chronic pain at the touch of a button,” the company says. The gadget helps the users reduce pain and improve sleep. The small wearable gadget also comes with an official smartphone app that lets the users track their sleep patterns.

Buyers can pre-order the Quell and one month of supplies for $199 saving $50 from the retail price of the device when it’s launched. The device needs two electrodes every month which are priced at $29.99 and are available on the company’s website.

Unfortunately, the gadget has not been cleared by the regulatory authorities in US and Canada so it will currently be shipped in June to US and Canada buyers only, while customers from the rest of the world will have to use unofficial methods to get the item delivered to their home country. The company is in the process of getting regulatory approvals from other regions and a European launch is expected by 2016.