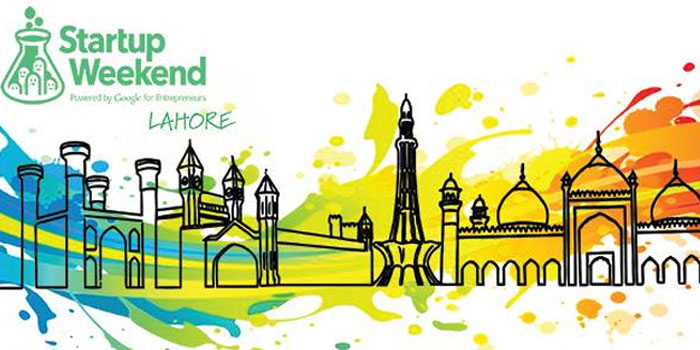 Startup Weekend Lahore, held 27th to 29th March 2015, has concluded and several entrepreneurs and young startups have shown their mettle in the international event powered by Google and organised by LUMS Centre for Entrepreneurship.

The event started on Friday evening where the host initiated the event with a mock up presentation to help the participants understand how to construct a business idea. It was followed up by Khurram Zafar’s address on information related to becoming a successful entrepreneur. He said:

Always dream big. The cost of following, executing and achieving success or failure sometimes is the same. If you are going to pay the price, might as well chase something big.

The event started and the participants started to pitch in their ideas. A participant had 60 seconds in the “elevator pitch” to communicate their business’ name, main theme and the requirements for the realisation of the business idea without the use of any notes or slides. Not many were successful in going through the whole procedure within the given time.

In the 61 pitches at the Startup Weekend, 16 were short-listed by the judges. The selected pitches are listed below:

After the pitches, the participants had joyful conversations and potential participants looked for new recruits among the crowd. Concurrently, the crowd chose their favorite pitches and the winner was announced at the end of the weekend after the judges and crowd finished voting for the pitches. The winners of the competition were:

Ghar Ka Khana was voted as judge favourite. It provides people with home cooked food wasily. It will connect third party cooks with their potential customers.

Share Out  is an online portal for renting out goods to people in their community. The service will initially launch at LUMS.