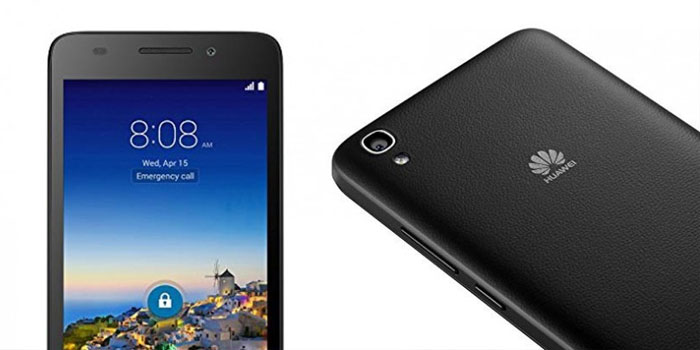 Huawei has announced a new smartphone to compete with the Moto G smartphone in the new SnapTo. Offering the same internals, the SnapTo comes with a larger display and 4G LTE.

The front packs a 5″ display with 720p resolution. The OS running on it is the aging Android 4.4 KitKat on top of Emotion UI 2.3, which is probably the largest drawback of this phone.

Underneath, you get a 1.2 Ghz quad-core processor with Snapdragon 400 chipset and Adreno 305 GPU. Coupled with it is 1 GB worth RAM and 8 GB expandable storage, with microSD up to 32 GB.

At the back is a 5 mp camera with LED Flash. Connectivity options include Bluetooth 4.0, GPS and 4G LTE, which is a plus for any phone at this price range. Battery capacity of this phone is set at 2,200 mAh. The phone will be available in either Black or White.

The pricing of the phone is set at $179.99, which is quite fine for a phone of such specs, although Snapdragon 410 would’ve been more welcome. For this price, it can give the Moto G a tough competition, but may fall behind due to its preloaded bloatware.