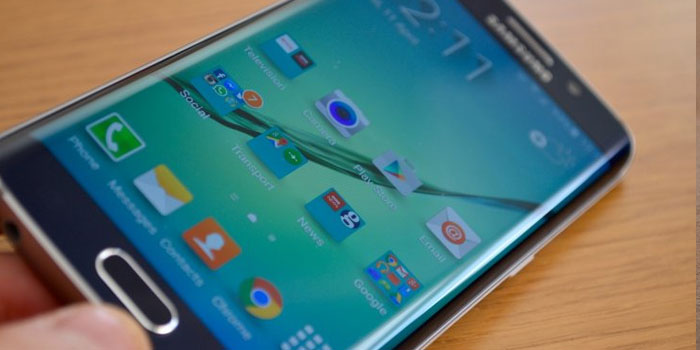 One could say that last year’s Galaxy Note Edge was a soak test of sorts for Samsung. The company tested whether there was any demand for the curved design in the smartphone market. The trial was a success and Samsung released a dual sided Galaxy S6 Edge this year.

That is remarkable when you compare the Galaxy S6s units that have been sold so far. The Galaxy S6 Edge sales numbers are way more than what even Samsung was expecting let alone analyst predictions. Samsung estimated that the S6 Edge sales would be about 20 percent of the vanilla S6.

Recent number from several carriers around the world show the Galaxy S6 sales are double of what Galaxy S5 got. Europe and US have been reported to constitute to the extra sales the most. The numbers are so big that another report stated that Samsung is facing a supply constraint for the Galaxy S6 Edge. This is very good news for Samsung which has been struggling for the past year and half.

While good sales are almost always a good thing, one thing to be considered here is that according to the teardown analysis from IHS, the Galaxy S6 Edge is even more expensive to build than the Apple phablet iPhone 6 plus. According to the report, the 64GB version of the phone costs about $290 to build, including parts and assembly.

The most expensive component in the build is the curved touchscreen which costs $85. When the components are summed up, it is more expensive than any Apple iPhone. What this means is that even with such great sales, Samsung should expect a smaller profit as their previous estimates were based on the majority of the vanilla Galaxy S6 sales with more profit per unit.

Regardless, Samsung must be happy to know that the new design language and unique technology employed in the Galaxy S6 Edge has had an amazing reception. This could help Samsung in the long run with the “cool” factor in future smartphones.