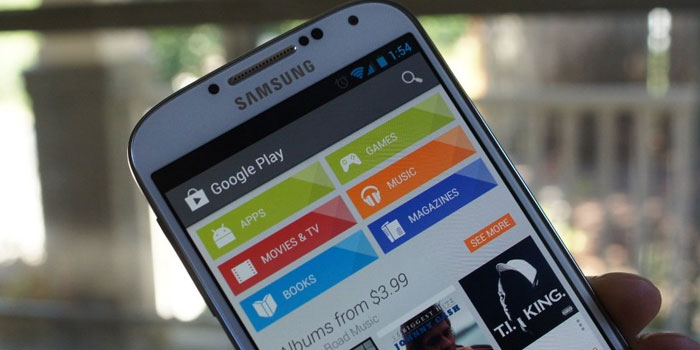 The official app stores are considered to be a safe haven where malware and spyware can’t reach but it seems our judgement and trust were misplaced. NSA and several of its allies’ secret agencies planned to spy on users by releasing spy software using the official app stores from Samsung and Google.

Official documents dating back to 2011 and 2012 were shared by Edward Snowden. The documents revealed how NSA planned with five of its allies to infect users’ phones with spyware by hacking the connection between a user and app stores. Meaning this was not limited to just one or two apps and any app transfer could have been “interjected” with spy code. The group worked in quite a few workshops in Australia to develop methods of achieving the aforementioned target.

According to the document

The main purpose of the workshops was to find new ways to exploit smartphone technology for surveillance. The agencies used the Internet spying system XKEYSCORE to identify smartphone traffic flowing across Internet cables and then to track down smartphone connections to app marketplace servers operated by Samsung and Google.

The spyware was codenamed Irritant Horn and it was programmed to share user data from smartphones with the agencies without user consent. This is not new, Snowden and Wikileaks have previously revealed how agencies designed spywares for iPhones and Android smartphones and the new documents are further insight to how they planned to implement this. The loopholes were revealed thanks to activist groups so that the developers can patch their software and the companies could ensure proper security in their app stores.

The spyware was codenamed Irritant Horn and it was programmed to share user data from smartphones with the agencies without user consent.

The leaked documents names Samsung’s appstore and the UC browser as potential victims as well. It should be noted that Google says chances of infection from Play Store while installing apps almost non-existent thanks to new security protocols. This should make you feel a little safe though who is to stay that the agencies aren’t working on new strategies to work around the loopholes and spy on the people of the world.

The agencies that partnered with NSA are from UK, Canada, Australia and New Zealand or commonly referred to as the “Five Eyes” countries. The documents do not contain the information if the plan is still under works or it was ever implemented but no matter what happened after, the agencies’ propaganda has been revealed and should keep us on high alert. 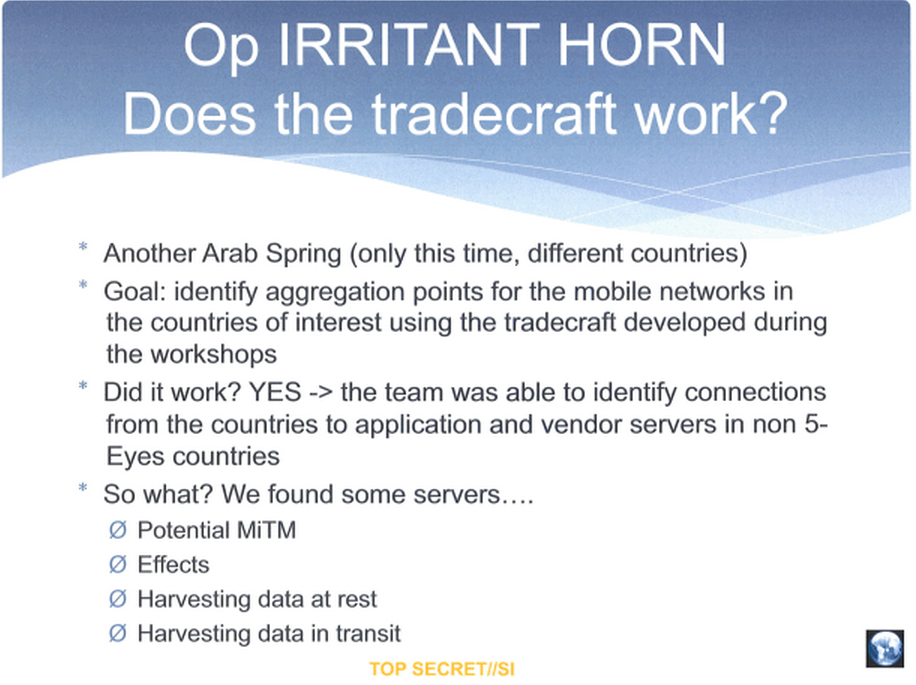 Do read the detailed document provided by the Intercept. The link is given at the bottom.