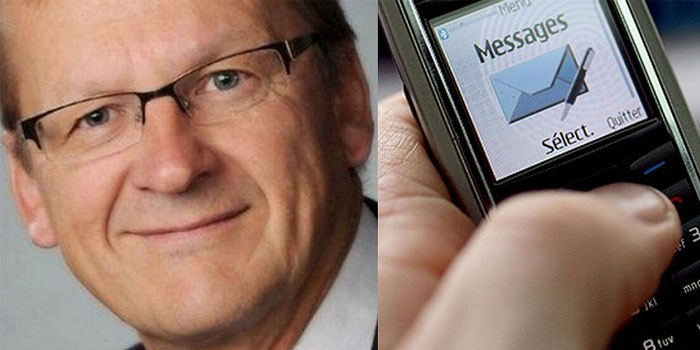 Matti Makkonen, widely referred to as the “father of SMS,” has died due to an illness at the age of 63. The Finnish tech pioneer pitched the original idea for text messaging over cellular networks at a telecoms conference in Copenhagen in the year 1984. Back then, he had been working as a civil servant.

More recently, Makkonen worked for Nokia Networks and Tele Finland, and was CEO of Finnet Oy from 2003 to 2005. In 2008, he was given The Economist’s Innovation award for his effort in the development of the message standard.

Despite being the one to come up with the idea for SMS, Makkonen did not apply for a patent. As a result, he did not receive any monetary gains from his invention. Interestingly, he was also reluctant to take credit for his involvement, and viewed the development of the Short Message Service standard as a joint effort with several other engineers. In reality, however, he did have a significant role to play in the development of the technology during its early stages.

The SMS standard continued to evolve past Makkonen’s involvement, with communications researcher Friedham Hillebrand being the one to come up with the 160-character format in 1985. Years later, in 1992, the very first message was sent by Neil Papworth to Vodafone’s director Richard Jarvis at a work party.

Makkonen predicted that SMS would continue to exist for a long time in some form or the other. While the specific technology has seen an overall decline in everyday life, the Finnish pioneer’s prediction still holds weight, as the short message format is deeply integrating into commonly used modern apps, ranging from Twitter to instant messaging. That said, SMS itself will likely not be going anywhere either, as it is useful for communication in remote areas, where mobile internet access is often expensive.