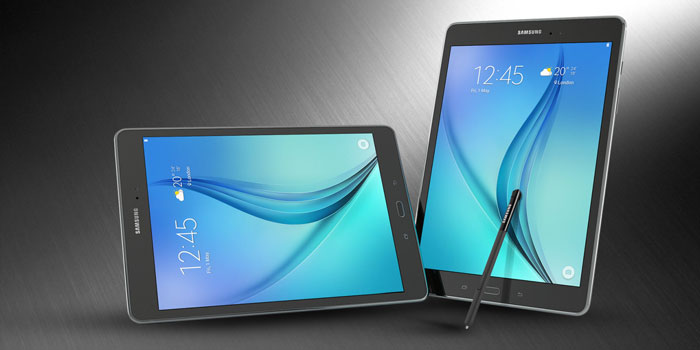 Samsung has just added a mid-range Galaxy Tab A with S-pen function to its tablet line up.

The Galaxy Tab A Plus is a minor upgrade to the previous Galaxy Tab A 9.7 and is also the first non-premium Samsung device to come with the S-Pen. All previous S-Pen tablets and phones have been under the Galaxy Note branding. Samsung might be looking to increase its tablet sales by differentiating its tablet line-up via the S-Pen compatibility.

The tablet comes with a 9.7-inch LCD panel with a resolution of just 1024×768 with a 4 by 3 aspect ratio. It’s powered by a quad-core 1.2 Ghz processor coupled with 2GB of RAM and 16GB of on-board storage that is expandable via a microSD card.

The tablet comes with a duo of 5MP rear and 2MP front facing cameras. The tablet is powered by a 6,000mAh battery in a beautiful slim 7.5mm body. It runs Android 5.0 Lollipop with Samsung’s TouchWiz UI.

Samsung Galaxy Tab A Plus 9.7” Specifications:

There is no word on whether there will be an LTE version or not.