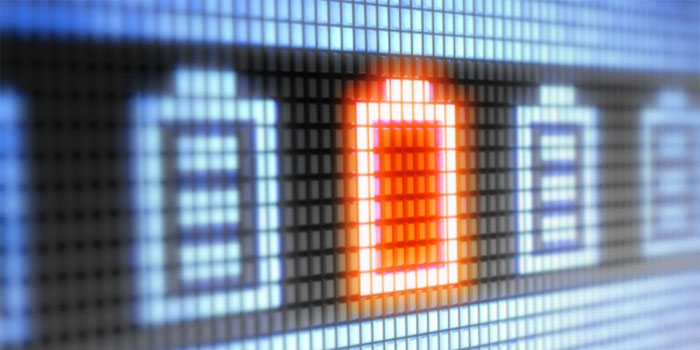 Lithium-ion batteries are commonly used to power most tablets, smartphones, and portable PCs of today. These batteries are usually pretty expensive, and if not handled with care, are prone to early failures. Listed below are 5 basic and easy to follow tips that can prove beneficial in keeping your portable device’s battery up and running and able to function as it should for years to come.

Heat is the primary reason behind Lithium battery issues, as it loses its ability to hold a charge by about 20 percent once it reaches temperatures in the ballpark of 30C. Even worse, if its temperature rises all the way up to 45C while in use, the battery’s capacity gets reduced by up to 50 percent.

Ideally, Li-ion batteries should operate at around 20C, as this is where they deliver optimum performance. That’s not doable in a country like Pakistan though so just do your best to keep it as low as possible. Simple things like keeping your phone on the dashboard while driving can have a severe detrimental effect.

If your portable device or battery gets significantly warm while in use, take it to a cooler location. If that’s not an option, try turning off unnecessary features and apps running in the background in order to reduce the amount of power that the device draws from its battery. Alternatively, you can also try reducing the display’s brightness, or put your device in power-saving mode for as long as it remains warmer than usual.

Don’t let your battery charge for too long

Leaving your battery to charge for excessive periods, particularly to a high voltage source, can drop a Lithium-ion battery’s ability to hold a charge, and in turn, shorten its life or even bring it to a state that battery engineers refer to as “catastrophic failure”. Consumer-grade Lithum-ion batteries are usually designed to function at around 3.6 volts per cell, though they are temporarily capable of accepting an overvoltage of around 4.2 volts while charging. If charged via a higher voltage for longer periods, the internal battery can get severely damaged.

The easiest and simplest solution to this problem is to not leave your Lithium-ion powered tablet or smartphone on charge for too long. Ideally, you should unplug the charger once the lithium-powered device indicates a full charge. In addition, using a high-quality charger can also go a long way towards reducing the danger associated with overcharging. Overcharging usually occurs with chargers that are cheap, off-brand models. The more recent wireless (inductive) chargers don’t do your device’s battery any favors either, as the special charging mat used to restore a battery’s power leads to the generation of excessive heat.

Just as you shouldn’t let your device’s battery charge for longer periods, you should also avoid letting it hit zero charge. Doing so results in the generation of heat, which, as already discussed, is harmful for Lithium-ion batteries. The heavier the discharge, the more stressful the battery gets. On the other hand, smaller and more frequent discharges help to extend their overall lifespan.

In order to keep deep-discharge events to a minimum, avoid making it a routine to let your device completely drain its battery. Consider the bottom 15-20 percent of battery capacity as a reserve, and use it sparingly in order to conserve your device’s power until you can recharge it.

Let your battery cool down before charging

If you’ve been using your tablet or smartphone for a while, chances are that it’s running hot. Consequently, it’s likely that its battery is also running hot, in which case it won’t accept a full charge. In order to avoid this scenario, you should let the battery cool down to room temperature before recharging it. Similarly, when recharging, keep a check on your device’s battery to make sure that it isn’t running hot. If this is the case, your primary suspect should be its charger, as it’s likely to be pumping an excessive amount of current rapidly through the battery.

Keep a fully-charged spare battery with you

Keeping a spare battery is probably the most effective way to ensure a healthy life for your in-use battery, provided that your device allows for easy battery replacement. Not only does it give you two times the run time, but it also provides you with the flexibility to tackle most of the problems discussed above. For example, with a spare battery in hand, you can easily prevent your in-use battery from hitting zero charge, and you won’t need to perform a quick recharge either. As mentioned before, the ideal time to swap in a fresh battery is when the in-use battery approaches 15-20 percent charge. The end result is that you get instant full power without any concerns regarding heat issues.