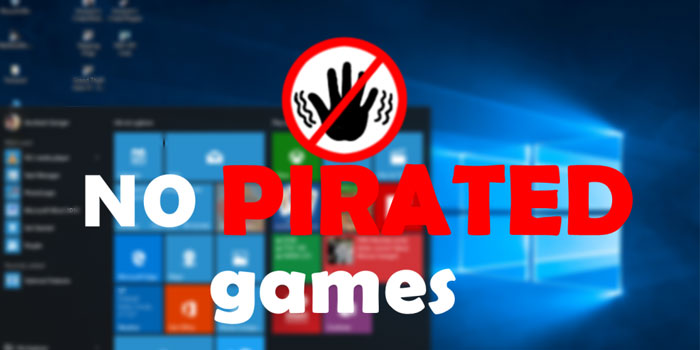 Video game piracy remains a major head-ache for developers, especially on the PC platform now that the world has moved on to Blu-ray on the new-generation of consoles. Microsoft, with the release of Windows 10, has apparently acknowledged that issue too.

According to report by Alphr, Microsoft has updated its services agreement to add a new clause regarding the piracy issue, among other things.

Here’s how it reads:

We may automatically check your version of the software and download software updates or configuration changes, including those that prevent you from accessing the Services, playing counterfeit games, or using unauthorised hardware peripheral devices.

That agreement is sure to raise some eyebrows, regardless of what the intentions of Microsoft are. That’s because as a lot of people have pointed out, if you’ve paid for the software that you’re using, you should be able to run whichever software you want.

From the look of things though, if you are running pirated video games, Microsoft can and will disable them. It’s unclear if this extends to illegally downloaded software like Adobe Photoshop or not.

Of course, this isn’t anything new for Microsoft, as the company has been restricting the grip of pirates on its Xbox platform for a long time.

The news will probably also condone the fear of a lot of people that Microsoft is being a lot more demanding of control of your PC this time. As a lot of users have pointed out, even with its services disabled, Windows 10 won’t stop sending some of your data back to Microsoft. Why that happens hasn’t exactly been detailed at all.

These are still early stages for Windows 10. If Microsoft has to ensure the popularity of its operating system, these are certainly some things it needs to sort out. The world is already wary of their privacy being compromised and the last thing Microsoft needs is a scandal for its new operating system.