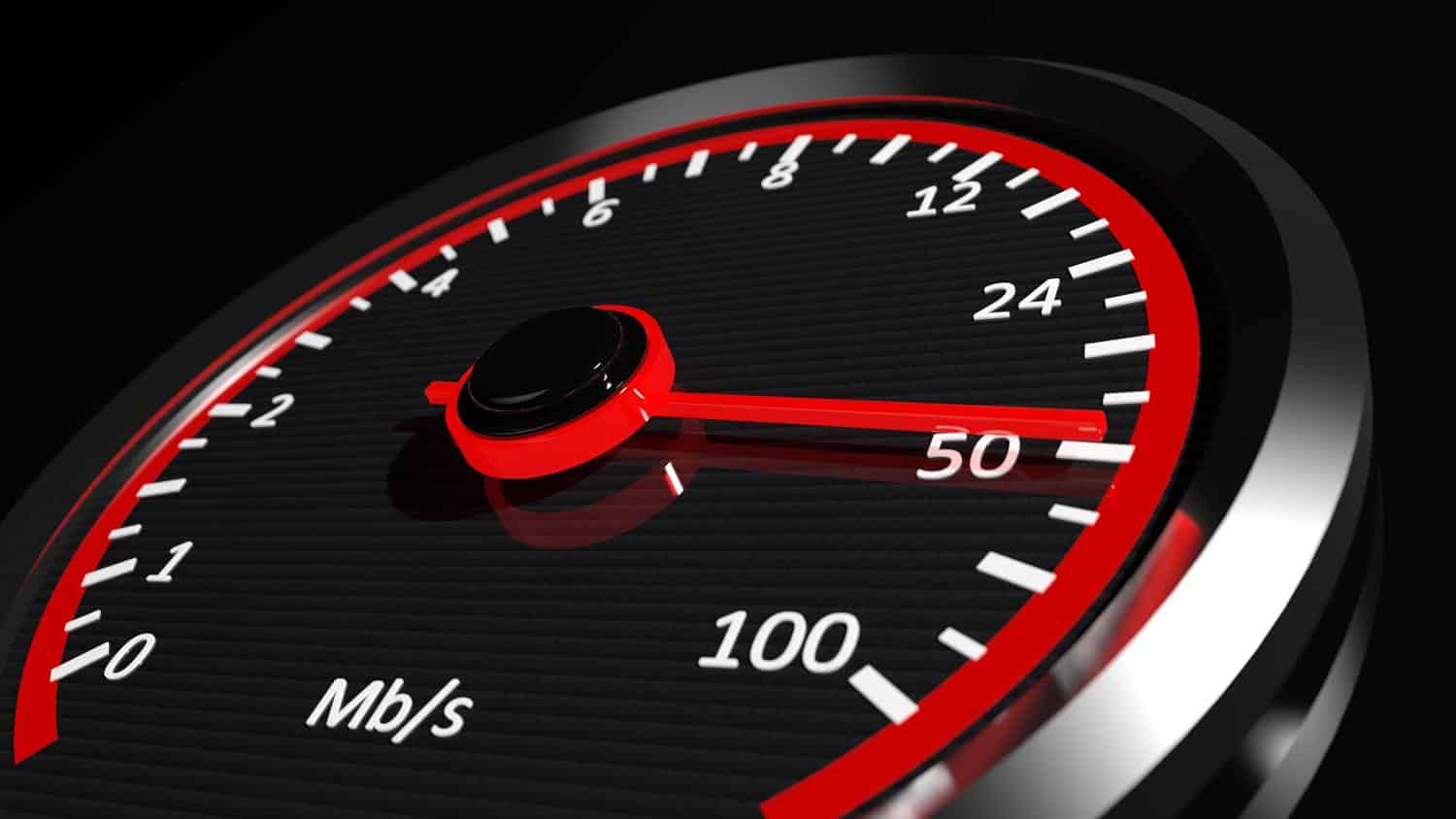 According to PTA, DSL broadband subscriptions reached 1.48 million at the end of July 2015, while EvDO subscribers remained 1.33 million. WiMAX subscribers were recorded at 487,582 while FTTH users stood at just 19,490.

3G/4G subscriptions, on the other hands, reached 14.61 million by July 31st, 2015 to take the total count of broadband subscribers to 18 million.

Not to mention, 14.61 million 3G/4G users were added after the auction of third-generation spectrum in April 2014, which means that broadband subscriptions grew almost 500% with-in 14 months of the auction.

With expanding 3G and 4G networks, this uptake in 3G and 4G usage is likely to remain consistent during next few years.

More in below charts: 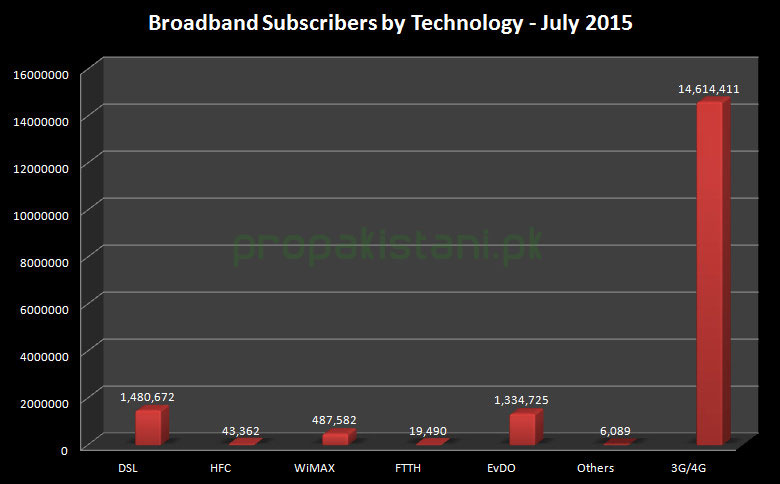 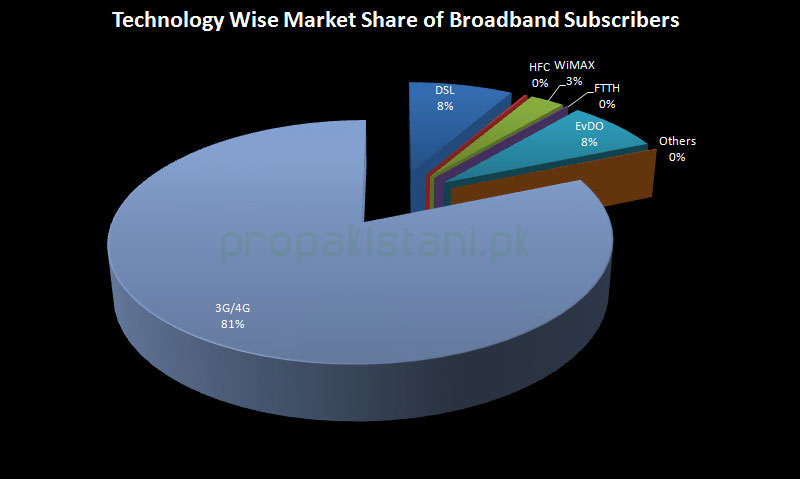