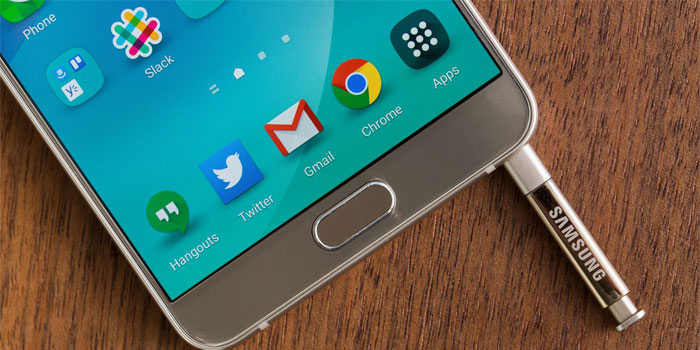 Very few people can debate whether the direction Samsung took with the Note 5 was a wrong one. With its metallic back and a unibody design, the phone screams class. There is one design feature, or rather a shortcoming which Samsung won’t be as proud of.

As several reviewing sites have noticed, there is a potential flaw with the S-Pen mechanism which can potentially harm your phone badly. The flaw was noted by Android Police a few days back and has been all over the web by now. According to the website, the Pen if inserted backwards into its slot and get stuck. Forcing it to come out can break the S-Pen mechanism.

And what then? Your precious Note 5 won’t recognize when you take out the stylus. The issue can’t be solved by inserting the Pen the right way next time either, as usually the damage has been done. In one instance though the phone kept working nicely.

It’s worth noting that the so-called “Pen-Gate” doesn’t affect the older Notes either, as they can’t be inserted the wrong way round. The new S-Pen employs a new springy mechanism which pops out the stylus when gently pushed downwards.

Samsung’s response has been simple: read the manual, which for the record does mention the design flaw. “Be sure to insert your S Pen with the nib pointed inward. Inserting the S Pen the wrong way can cause it to become stuck and can damage the pen and your phone,” the manual reads. In short, “use common sense” is the main message.

Now, the issue isn’t likely to worry a lot of users, as no one in their right mind would try such a trick on such an expensive phone. That’s obviously, until you hand your phone over to a mischievous friend (or a curious child). Be careful who you trust this phone with!