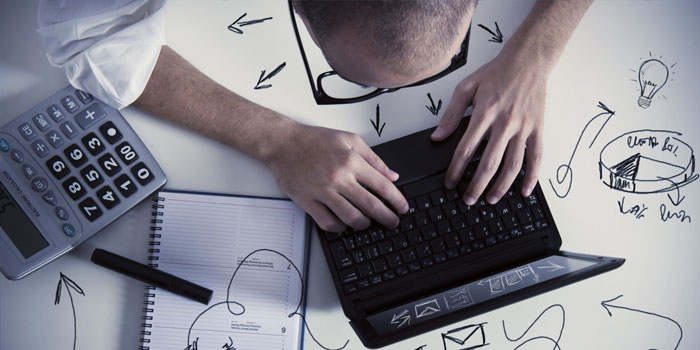 When you hear the word ‘work’ what comes to your mind? Required to earn money? Stress and exhaustion? Waking up early? Endless hours spent at the office? Spending half the day being drained of energy and losing the will to enjoy anything? Too much pressure?

The word is subject to many different interpretations. However, if majority of the people associate their job with negative implications, Pakistani work culture is in dire need of change.

The country’s social problems play their part in establishment of unsuitable work conditions. With the steady population increase, the unemployment rate of the country is on the rise. The employees are easily replaceable and exploitation is common. As a result, the impact of the office norms on the employee is ignored in Pakistan. There is heavy workload, unsuitable office environments, long working hours, low wages and even gender discrimination. As a result, employees find it hard to be productive at work.

These goals drive the businesses in Pakistan. Nobody stops to pay attention to what matters: productive culture, motivated workforce, investment in employee skills and most importantly, building trust. Nobody stops to think that if these were the core values of the work culture, profits and success will automatically follow.

The World is Experimenting With 6 Hour Work Days:

Let’s take the example of working hours. Is working 40 hours (or more) every week really achieving productivity? Swedish government certainly doesn’t think so. Experimentation with a six hour workday has started in Gothenburg, Sweden. Officials believe that this will lead to higher productivity per hour and better mental health of workers.

Due to last a year, the experiment has already attracted attention across Scandinavia. Europe is not far behind in these developments. Experiments on the connection between risks of heart disease and long working hours were conducted by scientists at University College London. The results showed that people who spend more time at office have a greater risk of contracting heart disease and stroke.

There’s a large body of research that suggests that regardless of any reasons for working long hours, overwork is not beneficial. The Finnish Institute of Occupational Health has found that it leads to depression, diabetes, impaired memory and sleep. In Pakistan, companies don’t even offer medical insurance because of lack of proper laws – there is no accountability to ensure the employees are mentally and physically fit.

Extensive working hours is only the tip of the iceberg of problems that our work culture faces. It doesn’t create a facilitating environment for women to reach their potential because of gender discrimination and low wages. According to a recent online poll, 58% of the Pakistani professionals feel there is gender discrimination in their workplace.

Then, the typical authoritative danda norm in most places means bosses don’t like to relinquish control and there is no space for discussion. In fact, you cannot even give your boss your opinion for fear of losing your job! The result? Unhappy employees who don’t take ownership of their work because they are not empowered or motivated to do so. They don’t trust their employers. Not only this, since there is no conscious effort to impart skills to the workers, there is no knowledge seeking or innovation.

Think of a company as a machine. If the boss considers some parts not worth oiling, these parts will ultimately stop contributing to the overall efficiency. Not only will they become useless but they will not think of themselves an important part of the final output. The machine will run down one day.

So making employees an integral part of the organization is essential. This can be done through small gestures like more empowering tasks, skill enhancement trainings, equity, profit sharing and a discussion oriented culture. A work culture that discourages overwork motivates employees and builds democratic relationships, can go a long way to make the business a success.

There is no need to force employees into working. Instead, build a work environment which encourages them to go that extra mile.