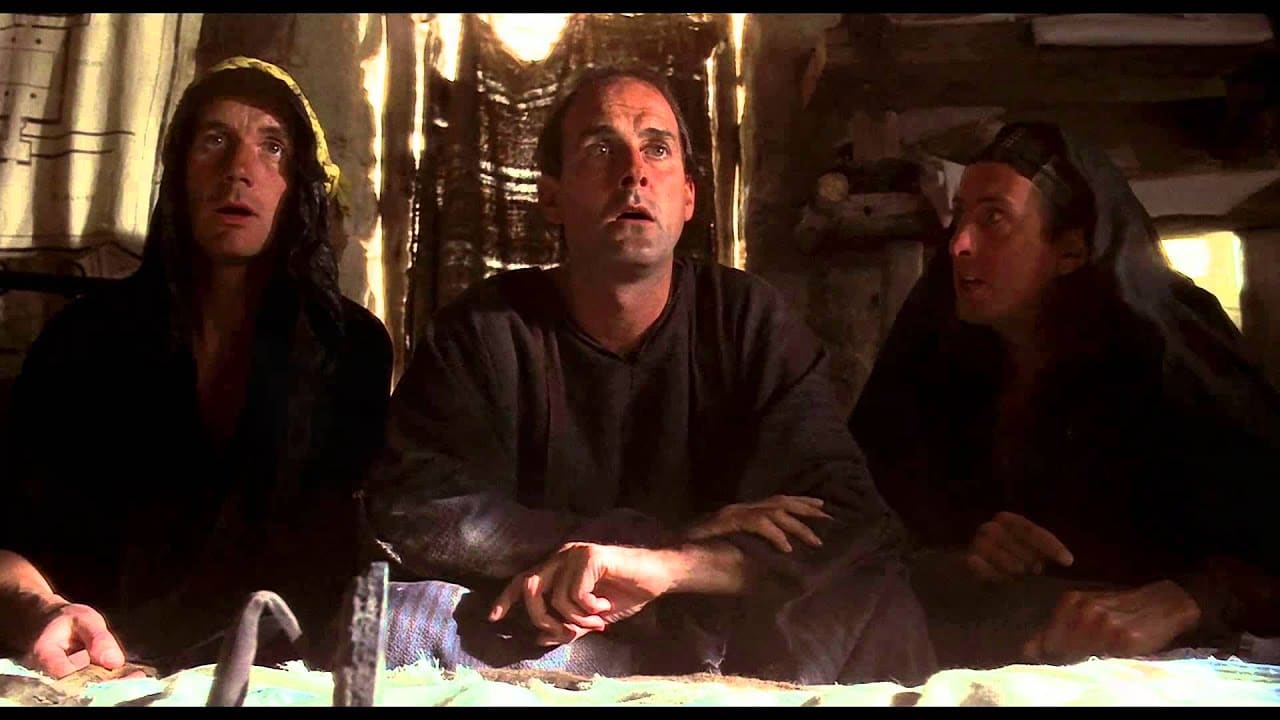 In the Monty Python comedy, The Life of Brian, set at the time of the first century AD Roman occupation of Judea, a group of revolutionaries argue about how to liberate their nation. During the course of deliberations Reg, the leader of this comically inept band of brothers, tries to galvanize his fellows with the rhetorical rallying cry: “What have the Romans ever done for us?” However, rather than uniting behind him, his compatriots, instead, begin to – hesitantly, at first – list all the good things the Romans have done.

“And the sanitation”, says another.

“Oh, yeah, the sanitation, Reg. Remember what the city used to be like?”

“Yeah. All right. I’ll grant you the aqueduct and the sanitation are two things that the Romans have done.”

And so on, his fellow rebels list, one by one, and with increasing confidence, all the things the Romans have done for Judea. Which, as it turns out, is quite a lot.

“All right, but apart from the sanitation, the medicine, education, wine, public order, irrigation, roads, a freshwater system, and public health, what have the Romans ever done for us?”

“Oh… Shut up!” Says an exasperated Reg, finally, forced to concede, at last, that perhaps the Romans aren’t as bad for Judea as he would like people to believe.

I’ve been thinking of this scene a lot during Pakistan’s latest round of political turmoil. Like Reg, Imran Khan was willing to stake his entire political future on a single populist narrative: that one can never go wrong believing the worst about the United States. His allegations of a US-based conspiracy to remove him from power – and its veracity, or otherwise, is not the subject of this article – met with a largely receptive audience, as he probably knew it would.

Pakistanis can cite a seemingly endless litany of betrayals, let-downs, reports of intimidation and a transactional relationship weighted heavily in favor of America’s policies.

The announcement of a new permanent US Ambassador to Pakistan – a post that has been vacant since 2018 – is seen by analysts as a good opportunity to reset the troubled relationship between Islamabad and Washington. But Ambassador Donald Armin Blome, who will take up his role at the end of this month, has a tough task ahead of him, not least because of the populist rhetoric from the ousted PM regarding alleged US involvement in his ouster – something which the US has strongly denied. His accusations found fertile ground because Pakistanis have, for decades, been brought up on stories of alleged American double-dealing and regime-changing activities.

ALSO READ
US Finally Announces Ambassador to Pakistan After 4 Years

America recognizes that it faces a perception challenge not just in Pakistan, but throughout the Muslim world and beyond. Consequently, a great deal of money is spent in efforts to counter negative perceptions. While those uninitiated in how development aid works may call it a cynical ploy, the most powerful reputation management tool in their arsenal is the aid they provide to developing countries – to the tune of billions of dollars a year, globally. However, despite being Pakistan’s number one donor, all of their efforts seem not to have made even a dent in how Pakistanis perceive them. 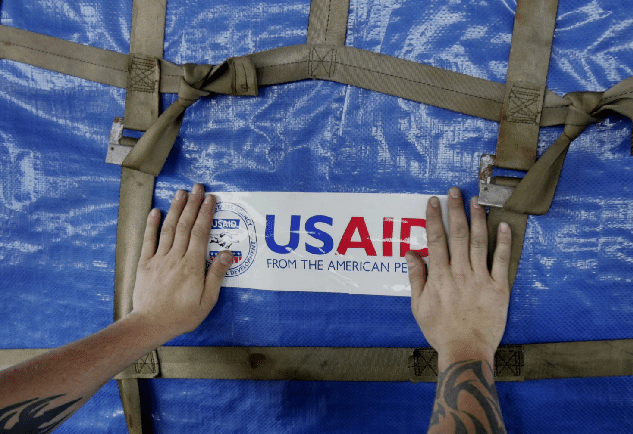 Just amongst my circle of friends, even those who could not wait to see the back of Imran Khan suggested that there must be some truth to the allegations of a US conspiracy. They’ve done it before, they argue, what’s to stop them from doing it again? Just look at MemoGate, they remind me.

America recognizes that it faces a perception challenge not just in Pakistan, but throughout the Muslim world and beyond.

Pakistanis can cite a seemingly endless litany of betrayals, let-downs, reports of intimidation and a transactional relationship weighted heavily in favor of America’s policies. The belief persists, for example, that despite all that Pakistan has sincerely done in America’s War on Terror – sacrificing her own sons and daughters, enduring extraordinary disruption to normal life, and facing economic and existential ruin – we have been rewarded with only contempt and mistrust.

Pakistanis routinely ask the question “what have the Americans done for us?” The question, like Reg’s question in The Life of Brian, is a valid one. But, like Reg, we must also listen to the truth even if it does not chime with what we think we know.

Was it Ever Thus?

The history of relations between the two countries goes back 75 years to the moment Pakistan was born. US President Harry S. Truman was one of the first world leaders to congratulate Muhammad Ali Jinnah on Pakistan’s “emergence among the family of nations”.

Jinnah – recognizing early on that in order to survive we needed to look to the international community for aid – asked for and received, a staggering $2 billion dollars in military and financial aid in 1947. $1.4 billion of that aid was for agricultural and industrial development. As a result of this early support and thanks to America’s continued funding of irrigation projects and dam building, Pakistan is, even today, self-sufficient in food production, with the country’s economy still dependent on the agricultural sector.

While we’re on the subject, I wonder how many people remember that the Indus Water Treaty of 1961 is also something we can thank the Americans for. Knowing that India had control over Pakistan’s water resources and could block them at any time, it was America who intervened when bilateral talks between the two neighboring countries failed. The Americans, with the World Bank, then spent six tortuous years negotiating a treaty that saved Pakistan from the real threat of future drought and famine.

Even our nuclear capability owes its birth to America. Very few people today remember that, back in 1955, Pakistan’s first nuclear reactor was funded by American tax dollars under the American Atoms for Peace Programme.

And while we still denounce America’s failure to intervene militarily on Pakistan’s behalf in the war of 1971, we should also remember that it was US President Richard Nixon who, behind the scenes, went as far as to threaten India with nuclear annihilation should they refuse to cease military actions. If that is the case, and regardless of whether or not the threat was made in earnest, then surely even Pakistan’s continued existence beyond 1971 is thanks to America.

We must also, when talking about the benefits to Pakistan of this bilateral relationship, acknowledge the incalculable benefits to future Pakistani generations of US-funded scholarship and exchange programs. Ordinary citizens go on to achieve huge success in their respective fields thanks to the opportunities they have been given to learn from a wider field of international experts.

And then there is Afghanistan. Always Afghanistan. Others have written about it with far greater erudition than I could ever hope to emulate, so I shall avoid too much detail, but suffice to say that the fallout from Pakistan’s support for the USA against the USSR in Afghanistan in 1979 and against Al-Qaeda after 9/11 has come to define all that is bad in the relationship.

There is tacit acceptance – even in American circles – that once the USSR was defeated, Pakistan was ignominiously abandoned by the US. I urge those who have not yet seen the film ‘Charlie Wilson’s War, starring Tom Hanks and Julia Roberts, to pay close attention to the end. Even Hollywood seems to accept that Pakistan was treated abysmally despite all of the sacrifices we made then, and continue to make now, because of the unintended blowback from short-term US thinking.

When then-Deputy Secretary of State, Richard Armitage, admitted in 2002 that Pakistan was only important because of third parties – presumably Afghanistan, Iran, Russia, and China particularly – and not in its own right, he was stating a truth which, while not particularly flattering does not diminish our importance – the opposite is true, in fact.

Pakistan’s strategic value to the US remains constant exactly because of geopolitical vicissitudes. It is in this space that Pakistan must demonstrate its continued relevance to the US – and vice versa. Our strategic importance can be leveraged – and successive governments have done exactly this – for our benefit so that we get what we need because we have something to offer in return.

This is not begging, despite what some may have us believe. This is international relations. We are not talking about handouts but of a mutually beneficial outcome based on existing circumstances. 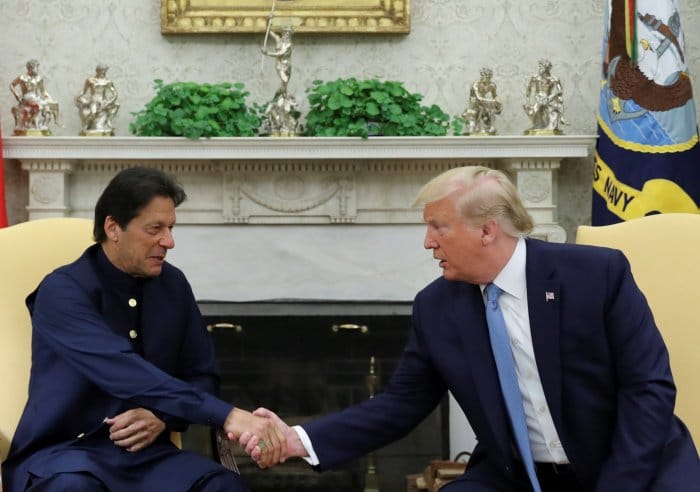 It’s a transaction, pure and simple, and in international dealings, as with basic economics, the equation is a simple one of supply and demand. If you give me what I need, I will give you something of comparable value in return. Quid Pro Quo. I mean, is there really still anyone in Pakistan who believes, for example, that China’s support of Pakistan is purely altruistic?

Because of the nature of the threats Pakistan faces – both economic and military – it could even be argued that the positives of receiving foreign support far outweigh the negatives.

Sometimes in these transactions, the receiver may not show the level of gratitude the giver expects. I know we feel it and so does America:  despite the aid flowing in this direction, there is barely a shift in the negative perceptions Pakistanis have towards them.

Aid: What is it Good For?

As things currently stand, the fact remains that in order to develop economically and, indeed to survive, we need foreign aid. In a perfect world, we might wish it were not so, but we have to face reality and, rather than seeing this reality as a cause of shame, we must recognize it for what it is: a necessary course of action that secures both our present and our future.

Yes, every country wishes to be self-sufficient – it is a noble and proper aim. No one likes being bailed out by others. But perhaps it might help a little if we remember that even developed countries take help when needed from their allies. They also, incidentally, take loans from international lending institutions.

Therefore, countries like Pakistan get what they can, when they can. This does not make us beggars. Far from it. We are expected to – and always have – paid back any loans provided. That is not begging. It is, simply put, a sound fiscal policy based on pragmatism, taking into account – as we must – the prevailing unfavorable circumstances.

Therefore, countries like Pakistan get what they can, when they can. This does not make us beggars. Far from it. We are expected to – and always have – paid back any loans provided. That is not begging.

But, it’s unfair, I hear you cry. Yes, it absolutely is. The balance of power here is clearly weighted in favor of the US. That does not mean, however, that Pakistan is getting nothing out of the relationship. Indeed, because of the nature of the threats Pakistan faces – both economic and military – it could even be argued that the positives of receiving foreign support far outweigh the negatives.

“All right, but apart from our nuclear capability, funding for education, healthcare, agriculture, irrigation, and the building of dams to ensure electricity supplies, what have the Americans ever done for us?”