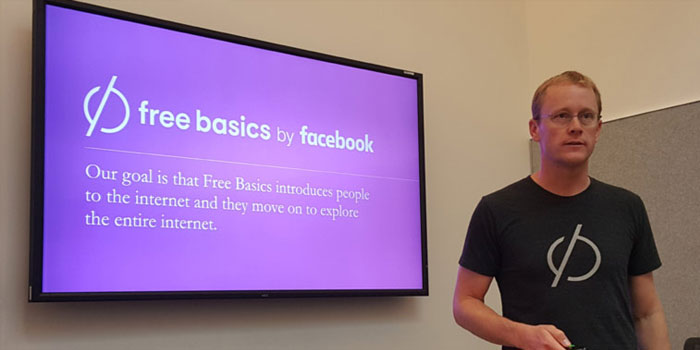 Internet.org was launched in Pakistan a few months ago. It was about the same time that Facebook opened it up to developers after the service was criticized for violating net neutrality rules. Facebook’s service had added 60 services created by third-party developers.

The service provides free internet to its users when accessing certain websites and services. The net neutrality violation and maintaining an anti-encryption stand made the platform controversial. Facebook has now renamed the service and overhauled the design. Internet.org will now be called Free Basics by Facebook.

The other major change in Facebook’s policies is support for encryption and HTTPS. The Android app has already received the overhauled design and supports end-to-end encryption by default unless a developer chooses to support just HTTP. The changes have begun to roll out for the web version as well.

When accessing the Free Basics website using a web browser, the service uses dual certificates where the traffic is encrypted between internet.org servers and the user while the second certificate is used between the servers and the developer services. Even across services that don’t run on HTTPS, traffic will be encrypted wherever possible. Though, all encrypted information will be temporarily decrypted on what Facebook calls “secure servers” to ensure proper functionality. Facebook says only the domain name will be preserved for each user.

The new steps are definitely a step in the right direction. Allowing 60 new services through third-parties and employing encryption make the service much less controversial. Though, critiques argue regarding net neutrality that Facebook is trying to take control of the emerging third-world internet market and controlling what these people can see online which is a cause of concern.

Internet.org is accessible to over a billion people across Asia, Africa and Latin America. The 60 new third-party services will be accessible by searching through for whatever the user requires and are available to everybody who can access Free Basics. Free Basics has so far rolled out to 18 countries with more getting access over the next few weeks.