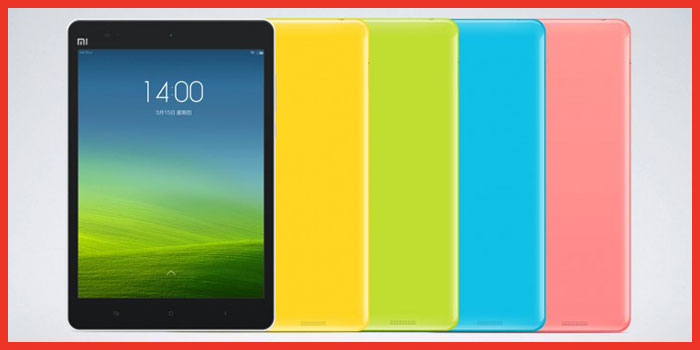 The newest Xiaomi tablet comes with a 4:3 aspect ratio, with a metallic design that doesn’t leave question marks over the source of inspiration. The display has a 7.9” size with 2048 x 1536 resolution. The body is just 6.95 mm thin and weighs 322 grams.

Under the hood, you get a (14nm) 64-bit Intel Atom X5-Z8500 processor with 2 GB RAM, replacing the Nvidia Tegra K1 chipset from the previous iteration. At the back is an 8-megapixel camera with HD video recording, along with a 5-megapixel selfie shooter above the screen. Connectivity options are respectable enough with Wi-Fi AC and a new USB Type-C port for futureproof ports.

But the main attraction will be the OS it runs: Windows 10. There is also an Android variant of the Mi Pad 2 as well if you’re interested.

Like its Smartphone brethren, the Mi Pad 2 also comes at an affordable price even when it ranks higer in technical prowess. It starts at a lowly $156 for the starting model while the larger 64 GB variant (including the only Windows one) costs $203. No matter how you look at that, it sure is low, meaning this product will attract impulse buyers.

While Apple is in its own league, the arrival of Xiaomi is bound to threaten the dominance of Cupertino-based company and other competitors such as ASUS and Samsung.

It will be available in two colours: Dark Gray and Champagne Gold.