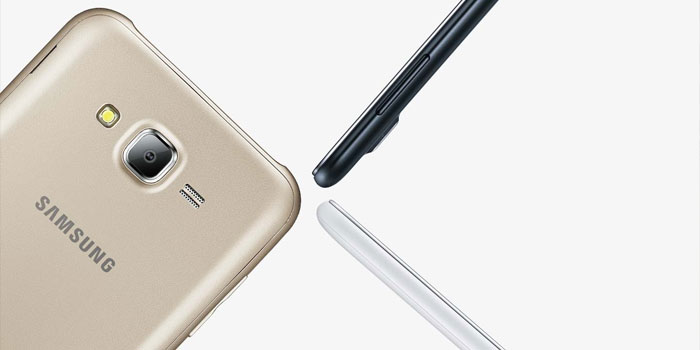 Samsung J Series targets low and mid-range segment of the market and has made a place for itself among the Galaxy Aces, Plusses, Primes and the rest of the uncategorised low-end segment. These phone have been around for a few months, but Samsung has finally decided to officially release the phones to Pakistan.

The killer feature of the Galaxy J devices is the Ultra Data Saving Mode which reduces data savings by up to 50% for videos, 40% for social networks, and 30% for normal browsing. The feature is powered by Opera Max but is much more integrated than a separately installed app.

Samsung Galaxy J1 Ace is a slight downgrade over the regular J1, which is already available in Pakistan, and comes in as the low-end entry in the Galaxy J series. Offering the age old typical Samsung plastic design and big bezels, the phone is no looker, but that is to be expected from phones in the targeted price range. Despite the low price tag, the phone does offer a superior viewing experience thanks to the Super AMOLED display of 480×800 resolution. The 4.3 incher comes with a dual-core processor, half a gig of RAM, 4GB of storage plus microSD support, adequate cameras and dual-SIM support. There’s no 4g connectivity though available on the J1 Ace.

The Samsung Galaxy J2 is a massive improvement over the J1 Ace and comes with upgrades to almost all major components. The Smartphone also offers a slightly superior design albeit still plastic but it looks more like the Galaxy S5 with a plain back.

The Galaxy J2 despite the upgrades still lies in the low-end segment with a weak quad-core processor, 1GB of RAM and 8GB of expandable internal storage. The J2 comes with a 4.7 inch Super AMOLED screen with a 960×540 resolution. The camera department features the same 5MP/2MP combo. There is dual-SIM support with 4G connectivity. The underlying battery is also upgraded to a 2,000 unit.

For a more detailed look on the device, head here.

Things start to improve with the Galaxy J5 which offers a much-improved processing package combined with upgrades in almost all segments found in the lower-end siblings. The phone comes with a superior build similar to the Galaxy S5.

The J5 comes with a Snapdragon 410 coupled with 1.5 GB of RAM and 16GB of built-in storage expandable via a microSD card. The phone comes with a duo of 13MP and 5MP cameras. Both cameras offer a front-facing LED flash targeting the selfie lovers. There is 4G support as well.

For more detailed coverage of the J5, head to this post. 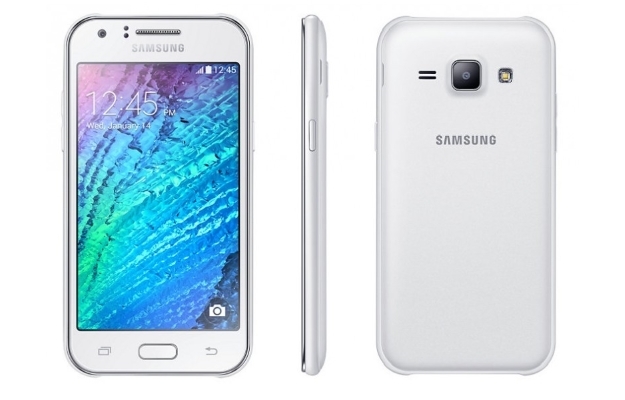 Samsung Galaxy J7 looks exactly like its younger sibling, the Galaxy J5. It improves upon the basic specifications to be classified as a proper mid-ranger. J7 comes with the same selfie-centric camera joined by an LED flash.

The Galaxy J7 is powered by a Snapdragon 615 or an Exynos 7580 and 1.5 GB RAM. There is 16 of internal storage expandable via a microSD card by up to 128GB. Display of the J7 comes with Super AMOLED screen of 720p resolution. The camera department features the same 13MP/5MP combo. The phone gets its juice from a 3,000mAh battery unit.