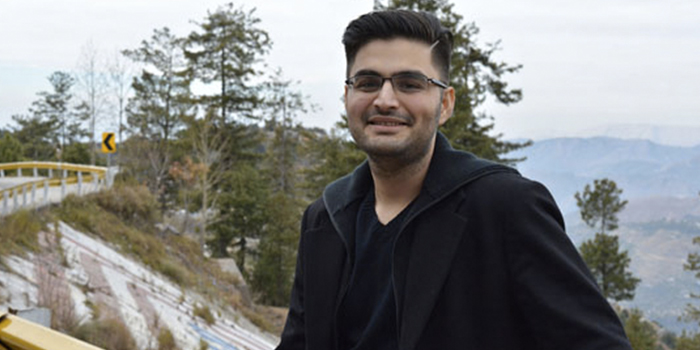 It appears that Muhammad Haris, the developer-extraordinaire from Karachi, has finally achieved a new global milestone.

The Karachi-based Haris and his designer-partner Luke Beck made history in 2013 to score $1 million in income with their ultra-popular WordPress theme called Avada on the Envato Marketplace.

This time around, Mr. Haris and Mr. Beck have made history once again. Their current claim to fame? To become the first sellers on Envato aka Themeforest, to cross $10 million mark!

Together the two of them have achieved a significant milestone not just in Envato’s history as a provider of world-class WordPress themes, but for those who want to pursue freelancing as a serious career option.

The Story Behind ThemeFusion

Haris and Beck founded their company ThemeFusion in 2012. The Karachi-based specialist did the development heavy lifting while Beck designed the overall aesthetic of what was to be the world’s most popular paid WordPress framework called Avada.

Avada allows for virtually limitless theming and customization options, with responsive optimizations that make it a breeze to use it on mobile devices and desktops alike.

Now, with 181,000+ satisfied customers, ThemeFusion has grown into a 20-strong company, providing around-the-clock support to its dedicated user base.

It’s efforts like these that put the best of what Pakistan has to offer the world. Pakistani freelancers happen to be one of the most sought-after in freelance work providers such as UpWork, Freelancer.com and eLance.  We hope that companies like PayPal and the rest set up shop here sooner in order to facilitate Pakistani freelancers who are hamstrung by a litany of charges and hidden costs when it comes to transferring their earnings here.

We wish the ThemeFusion team all the best in their future endeavors. Hopefully Mr. Haris’ efforts will go a long way in convincing people to invest in making freelance work their full-time career that can prove to be lucrative than a regular old 9-to-5 gig.