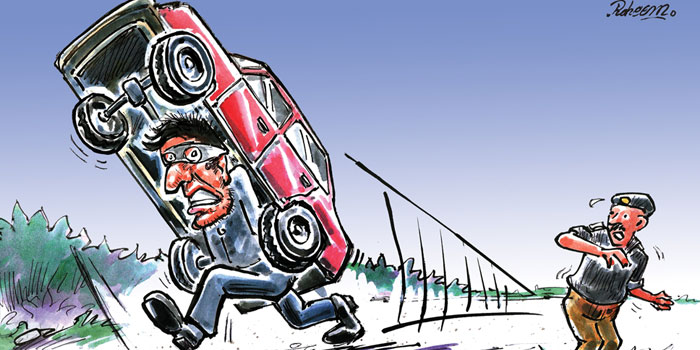 The government is preparing to reveal a new auto policy in an attempt to attract new investors in the automobile industry. This information was revealed by Federal Minister for Industries and Production, Ghulam Mirza Khan Jatoi recently.

While speaking to representatives of the Karachi Chamber of Commerce and Industry (KCCI) at their head office, he said, “The Ministry of Industries & Production wants to move ahead with the new auto policy, taking into account the reservations raised by the Federal Board of Revenue (FBR)”.

The auto policy has been pending for more than three years now and the government has failed to produce any decisive outcome. FBR has also given its input on the matter by saying that the three existing local car manufacturers, i.e. Suzuki, Toyota and Honda, should not get the same incentives as the new comers. It is FBR’s recommendation that has become the primary reason for the delay at the moment.

Mr. Jatoi said, “Our aim is to invite more and more investors into the country” and that an improved security and macroeconomic picture will have a positive effect on international automobile manufacturers looking to enter the Pakistani market.

The minister added that “We are in contact with Fiat, Renault and some other carmakers to bring them to Pakistan so that people get jobs as well as cheap and quality cars”. The news about Russian car makers being interested in Pakistan auto market has also been going around for quite some time now.

Mr. Ghulam Jatoi also added that “There is a need to further consolidate the security situation so that more investors can come and invest in Pakistan. The federal government stands committed to resolving the power crisis, hopefully, by the time, it leaves the office in 2018.”

KCCI President, Younus Muhammad Bashir said that improving the security situation of Pakistan was necessary to make Pakistan a good investment prospect. However, he urged the federal minister to visit Karachi on a frequent basis to be aware of the problems of the business community there.

Mr. Younus Bashir said that “Despite the positive role of the federal government, we believe there is a serious disconnect between federal ministers and the business community of Karachi”.

The Minister’s revelation means that the government might finally be close to resolving the deadlock and releasing a new auto policy. How the public will benefit from the new policy can only be assessed after the final statement gets released.