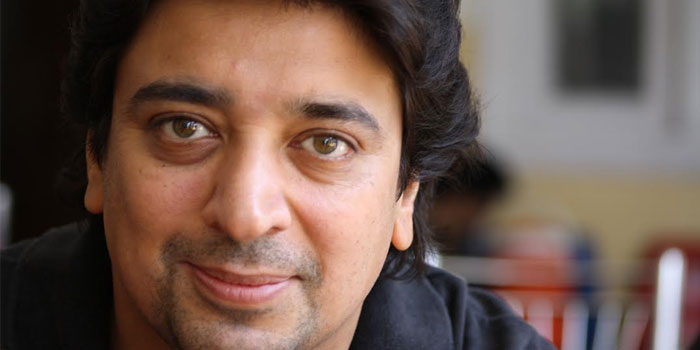 Freelancing as a career has really taken off in Pakistan. Most people in development, designing, content and countless other fields augment their monthly earnings with freelancing.

The reasons are quite apparent. It’s working on what you choose at your own schedule and that too for fair recompense. However, you still don’t run into people who’ve earned more than $1 million in freelancing. Today, we get to meet Hisham Sarwar, who’s done exactly that.

Hisham’s story is also interesting because he’s managed to successfully translate his earnings into a successful entrepreneurial career.

Starting out with a regular job at a US based company, Hisham quickly found out that as a creative designer, he badly wanted freedom and space. And that wasn’t possible with average 9 to 5 job. So he started freelancing on the side in 2007 and soon went solo to provide web design/development services to clients on freelance marketplaces like Elance, Freelancer and Guru.

“In my opinion, if you can monetize your passion, it is far better than a full time job and working for someone”, said Hisham in an interview with ProPakistani.

In the last 5 years though, he has narrowed his focus to only Guru and it’s proven to be a good decision. In a very short space of time, he’s earned more than $1 million in profile sales and been given exclusive coverage in testimonial on front page of Guru.com. He’s also among the top 10 freelancers on the portal.

Giving Back to Community

Hisham is also a digital philanthropist who provides solutions for social issues. Konbola is a free mobile app (Android version already in Play Store, iOS to come) which helps people reach out to their closed ones in trouble. Something that’s very relevant to local needs.

What’s promising to be his biggest venture is a silicon valley based partnership for ‘Truedrops‘, which will connect hospitals with donors within a few specified KM’s.

Hisham is also running Pakistan’s first freelance marketplace (Rozgar Pakistan), Currently in beta, it’s expected to go live in February but already has over 10,000 freelancers from Pakistan on board.

Freelancing As A Viable Career Option

While we are always talking about the benefits of freelancing, it’s not for everyone. There’s also the fact that if you aren’t IT literate or have been doing an office job for a long while, it can seem daunting. Here’s what Hisham has to say to those thinking about taking the plunge:

Offer something of value to your clients when you bid. For example alongside showing your portfolio, tell them you are willing to talk to them over phone/Skype and that is where you nail it. Bidding requires a lot of patience, persistence and one who is resolute wins eventually.

You could earn anywhere from $100 to $10,000 per month and people are realistically earning these numbers. So approach it with absolute seriousness.

Most industry people we talk to are of the opinion that Pakistan isn’t producing as many quality graduates as it can. While the number of grads is very high, the industry ready among them are a small percentage. Hisham’s opinion on the matter is:

Pakistani graduates lack hands on knowledge. Bookish knowledge is good but it has to be practiced and best time to do that is while kids are still in school. I have always felt the ones who are hands on practically are far better the toppers of their batch who only share book knowledge.

While attitudes towards anyone not doing a nine to five job have ranged from bewilderment to downright derision in recent times, that’s changing for the better and people like Hisham are the reason why. More people are realizing that a poor job market (locally) does not mean that their skills are going to be wasted.

There are always employers (who can be anywhere in the world) out there looking for talented people and the prevalence of the internet is making those opportunities available to millions of Pakistanis.

With potential to reduce unemployment, boost the service sector and exports, freelancing could be the solution to a host of issues plaguing Pakistan and it’s high time people realize that.