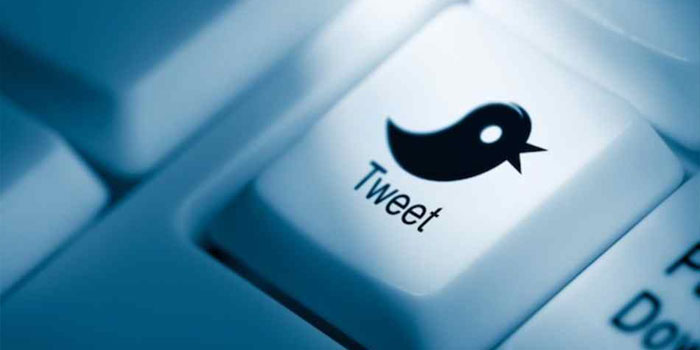 Twitter is a micro-blogging social networking platform that became popular for unique feature: having a 140 character limit that forces you to be concise. However, if recent reports are to be believed, it looks like we might be seeing the end of this feature thanks to the latest update.

Here is why we believe Twitter should not go ahead with the change.

Staying Different Is Always A Better Choice In The Long Run

Most of the times, it does not always pay to follow the same approach that your competitors are taking. Facebook might be the most popular social networking platform around but when it comes to news and developments at a glance, nothing beats the brevity of Twitter status updates. Sometimes you might not even see a status update on Facebook until many page refreshes later. This is one area where Twitter shines, with you not missing a beat on your timeline.

With its 140-character limit, tweets sent out from different accounts are in a summarized format, something that’s akin to a ‘breaking headline’ ticker you see on TV.

With the latest change, should it go ahead that is, it appears that Twitter will become nothing more than a rant chamber.

What Twitter’s CEO has to Say

According to a tweet sent out by the CEO of Twitter, Jack Dorsey, (that too with a total of 1,317 characters with spaces), he stated the following:

“We’ve spent a lot of time observing what people are doing on Twitter, and we see them taking screenshots of text and tweeting it. Instead, what if that text…was actually text? Text that could be searched.  Text that could be highlighted. That’s more utility and power.” 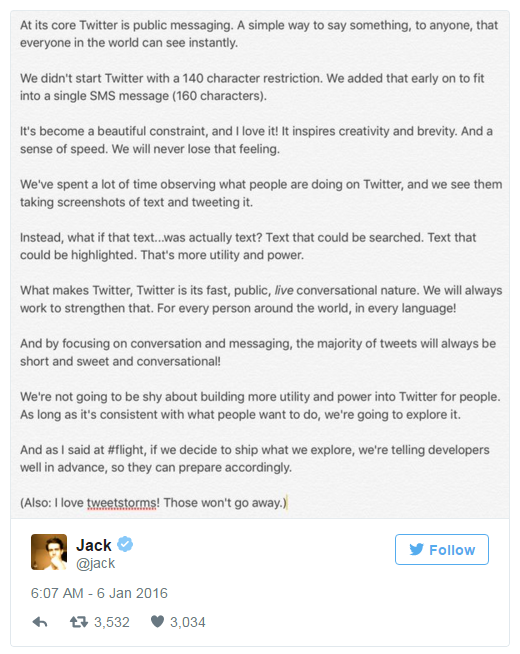 Mr. Dorsey has said that despite the upcoming changes, the social networking platform is not going to lose the elements that makes it different from its competitors.

We feel that Twitter stands to lose its uniqueness if this move goes ahead because the 140-character limit allowed users to limit their messages and compose what they want to say right away, which is the complete opposite case with Facebook.

We are afraid that due to the latest change, Twitter might lose its popularity in the long run.