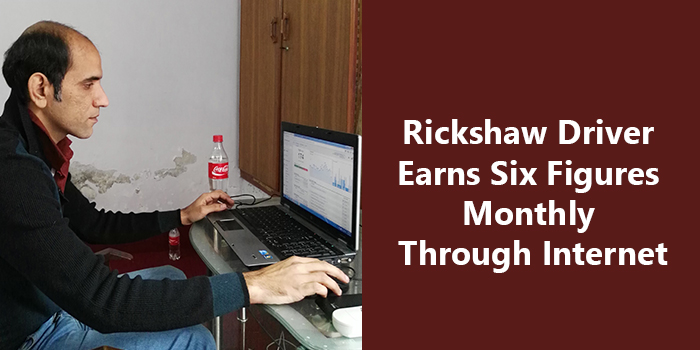 If you’re a regular read of ProPakistani, you’ll know that citizen empowerment through access to internet and information technology is something we believe in very strongly. Today, we have a story that showcases exactly that.

Usman Khan, a 33 year old from Lahore, used to drive a rickshaw. Having dropped out of college before he could finish his FA, there weren’t many income streams available and like a large segment of the population, he did what he had to do to feed his family of 3. 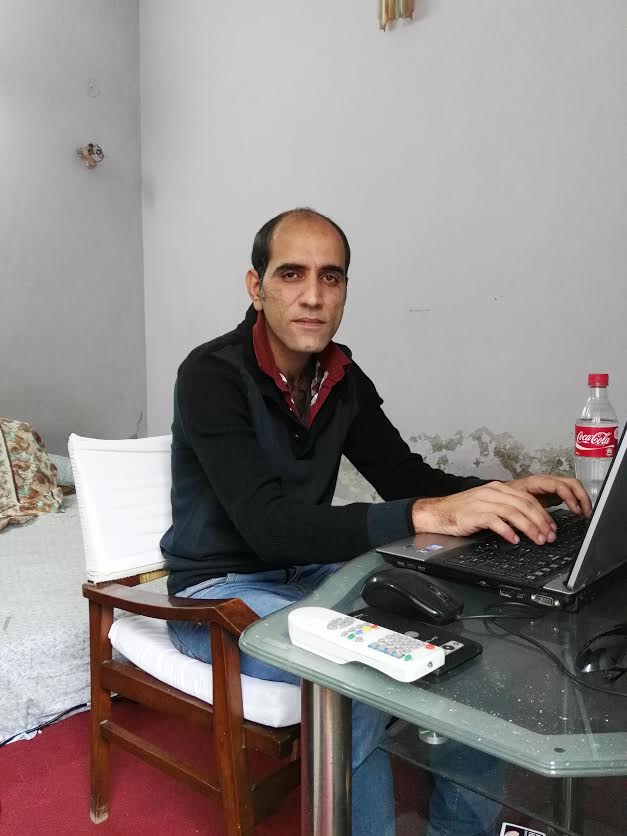 Usman’s breakthrough came in the form of a regular customer named Omair, who worked at a software house on M.M Alam Road. Regular conversations during daily commute revealed a sharp mind and Omair took Usman under his tutelage.

His first foray into online work was through a video portal called SabMaza. However, even after 2 years of efforts, it didn’t amount to much. The competition was simply too fierce and his experience too limited. It wasn’t wasted time though, Usman stresses. What he learnt during that time was the art of optimizing a site so that it ranks as highly as it can on search engines.

When we asked Usman about how he went about learning the ins and outs of generating organic traffic, he chuckled and said:

I didn’t even have the money to get an internet connection. I drove rickshaw during the day and for Rs 40 per hour, I went to internet cafes and worked. I read all I could about how Google indexed websites and how I could make mine rank near the top. I wasn’t great at English so I bought a dictionary and kept it with me. It was slow progress but I persisted.

Armed with experience and information, his new venture was more modest. A site called MobileRingtones, which provided precisely what its name suggests, was his next project.

What might seem like a fairly mundane idea was to be the breakthrough Usman was seeking. Today, the site gets over 25,000 unique visits a day. Two months ago, Usman also launched a companion mobile app and it has already seen over 10,000 installs.

All in all, MobileRingtones nets him well above six figures on a monthly basis. A far cry from the mere Rs. 10,000 – Rs. 15,000 he earned while driving a rickshaw.

Speaking about the reversal of fortunes, Usman says:

I feel blessed. I’ve seen bad times, really really bad times. Schools calling us to give a deadline for fee submission, tuition centers doing the same, I don’t wish that on anyone. Last month, I closed over 1900 Euros in revenue. Next month promises to be even better.

Today, Usman has moved on to better and bigger projects. What struck me during my conversation with him was his desire to see his story be one among many rather than a one-off. While his extenuating circumstances meant that he just had to keep trying till he succeeded, he realizes not everyone has the same reservoirs of patience.

Honestly, I have a ton of ideas on how to generate income via the internet. If someone’s poor and uneducated, like I was, I want them to know that all is not lost.

ProPakistani has featured its fair share of people who have earned millions through hard work and talent but arguably, smaller stories like these are what matter more.

I distinctly remember moving back to my old neighborhood after 5 years and seeing the very same sabzi walay, the same shop keepers and the same chowki daars. While their faces were wrinkled and grey streaked their hair, they seemed to be stuck in a time loop, doing the same things they had been doing for years.

When I talk about the power of the internet, what I mean is the power to break this cycle. Barring some miraculous stroke of luck, Usman would have remained a rickshaw driver for years, maybe moving up in the food chain as time went on but it would have been at a slow pace.

The internet handed him the reigns to pull himself out of poverty through hard work and determination alone. And him succeeding in doing so tells me that a digital revolution in Pakistan is truly underway.