It seems that Pakistani students are proving time and again that they can compete against the best of the best. Recently, two students from FAST NUCES university did just that by winning the top 2 positions at IEEE’s Global DIY (Do-It-Yourself) Competition.

Usman Maqsood and Aneeq Manzar have taken 1st and second position respectively at the prestigious competition.

What is IEEE DIY Competition?

The IEEE organization bills itself as the ‘world’s largest professional association for the advancement of technology. It has members worldwide. The IEEE DIY Project by the association is a challenge for the community members to showcase any great tech projects that they’re working on. Projects can be about anything, be it robotics, wearable technology, software, hardware, or an alternative energy device.

The idea is to solve a complex problem and if your project can achieve just that, and that too among 200 competitors from all across the world, IEEE showcases your achievement and rewards the winners. 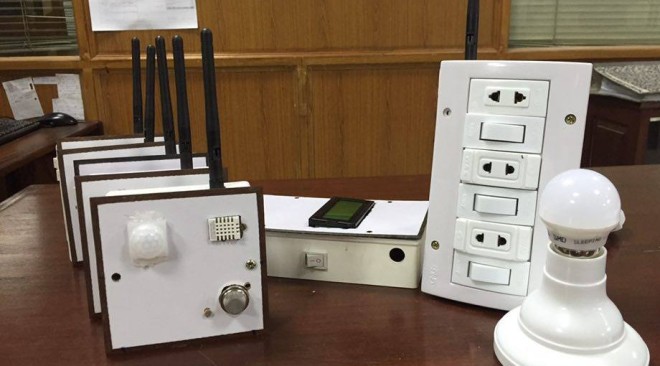 There are times when environmental conditions need to be maintained at an optimum level. Various industries have to keep an eye on temperature levels in a factory or another temperature-sensitive application. To make it easier for them to keep an eye on their wares in a low-cost, efficient and effective way, Usman Maqsood came up with the idea of EcoSens system.

EcoSens works by having a wide area network that consists of wireless distributed monitoring and control nodes. Using these nodes, a person can monitor and even control temperature at designated places. EcoSens works for both outdoor and indoor environments, monitoring temperature, humidity, air quality, ambient light, atmospheric pressure, soil moisture and occupancy.

The system works in an RF network that’s directly linked with a web server. Data is collected and stored in the server for later analysis. 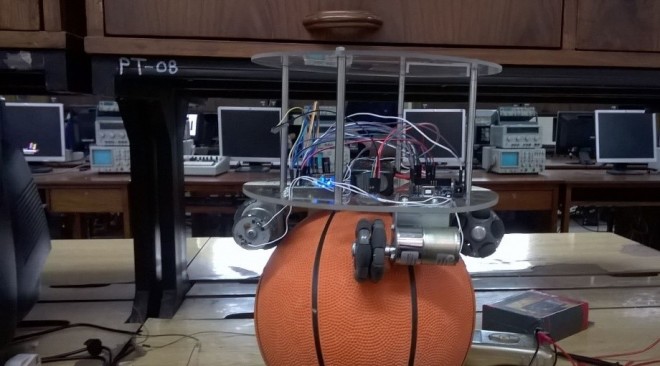 Aneeq designed a robot that features a feedback control system. The objective of the robot? To stay balanced, no matter what the terrain is or how it is, when its perched atop a ball. The project has been appropriately titled as Ball Bot.

The robot keeps its balance, and can also move in any position it likes, all while staying at top of the ball. Instead of it relying on gravity and wheels, it uses the ball object as a spherical wheel, to move in any direction.

This project is unique because until other traditional robots, which normally have a low center of mass and large-wheel base to remain upright, the Ball Bot is not constrained like they are. It can work as an agile transport robot which can carry large objects.

We wish both Usman and Aneeq the best of luck in their future endeavors.