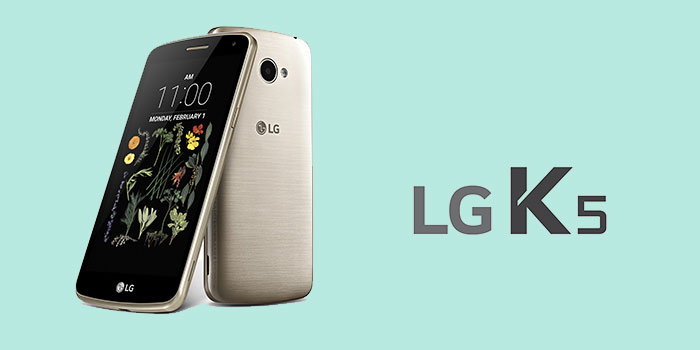 Using its budget prowess, LG has announced a new lower mid-range smartphone which comes with quite OK-ish specifications, called the LG K5.

The sibling to the K4, K7, K8 and K10 is a mid-range phone which comes with mediocre specs that still make up for a pretty usable smartphone.
The display here is a 5” panel with FWVGA resolution, which will lead to a pretty subpar quality. The design is just about fine too, being 8.9 mm thick.

Under the hood, you get a 1.3 Ghz quad-core processor of MediaTek MT6735 breed, with 1 GB of RAM and 8 GB of internal storage, which is expandable. The back also boasts a 5 MP camera with LED Flash (no word on recording capabilities), as well as a 2 MP sensor on the front.

There’s 4G LTE connectivity on-board too. Battery capacity is set at 1,900 mAh, while the OS running is Android 5.1 Lollipop, whose upgradation is not guaranteed at this point in time. No word on pricing either but the phone would go on sale starting this week: