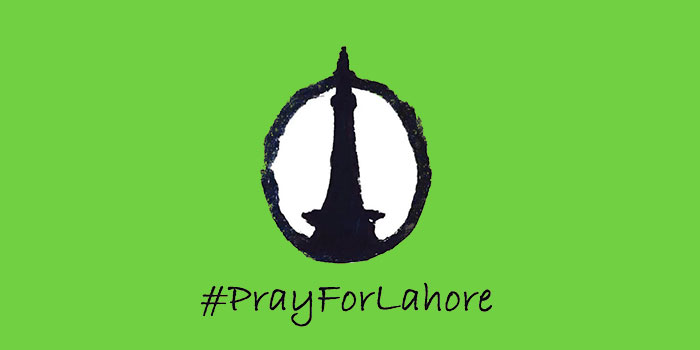 There was a global outpouring of solidarity and support for Pakistan through a #PrayforPakistan hashtag on social media in the wake of the terrible suicide attack that left scores dead and injured in Lahore yesterday.

We’re here in Dallas, Texas, USA for Pakistan National Day, and I wanted you all to see how much the recent tragic event…

Canada condemns the deplorable bombing in Lahore, Pakistan. Our thoughts and prayers are with all those killed or injured. #LahoreBlast

PM: I'm shocked by the terrorist attack in Lahore. My thoughts are with the families & friends of the victims. We'll do what we can to help.

We are grieving today for the families affected by the deplorable attack in Lahore. No one should ever fear taking their children to a park.

Deepest Condolences to the families of the 65 victims. Stay Strong. #PrayforPakistan #LahoreBlast pic.twitter.com/C1tFx2qQO0

An image of Minaar-e-Pakistan and the Pakistani flag, similar to the Eiffel tower one shared after the France attacks, started being shared on all social media channels. Messages of support from all corners of the world were on display and showed how we are similar in our humanity.

In this trying hour, the messages continue pouring in, some of which hit too close to home.

'Mum' calling
This one image is worth millions of tears, bulk of pain and cant be written in words #PrayForPakistan pic.twitter.com/sZkSGpOswC

Expressions from all around the world flew in, with messages of solidarity and kinship for what Lahore went through:

Terrible situation .. I was there only a month ago and had an amazing time with beautiful people #PrayForPakistan pic.twitter.com/BurzabflOs

Our hearts are broken for Lahore, Pakistan today. Thoughts and prayers to the victims' friends and families pic.twitter.com/lmOZGE1ypY

When these things happen, my brain fails to understand why. #PrayForLahore pic.twitter.com/t92zQyElbe

Many people and organizations called for blood donations, and any other help that they could find during these trying hours:

Facebook wasn’t far behind in throwing its weight behind Lahoris. After a brief hiccup, it enabled safety check for residents of Lahore, and the chorus of solidarity from amongst Facebook employees also came in: 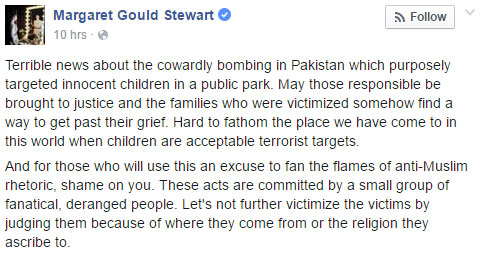 In Pakistan’s continuing struggle against extremism, the use of social media networks has proved in sowing divisions between many. Uniting people from all over the world over the menace brought by terrorists seems easier said than done. But yesterday, Pakistanis and the world were unequivocal in their belief denouncing terrorism under one voice.