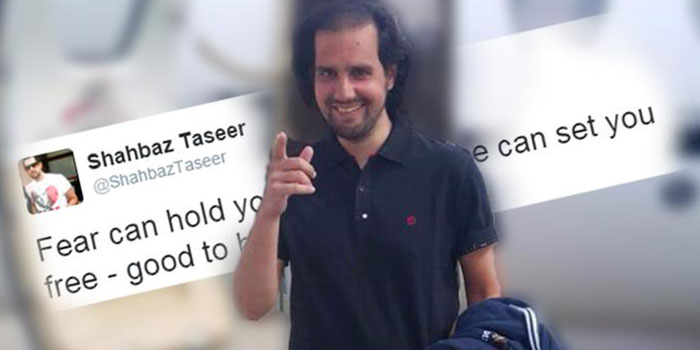 By Samir Yawar and Rizwan Shahid

Shahbaz Taseer, son of the former Punjab governor Salman Taseer, held a very light-hearted Q&A session with his followers on Twitter after being freed from Taliban captivity a few weeks back. It seems that the almost 5-year old ordeal that he faced has taken none of his penchant away for witty and funny comments.

All questions were asked under the #AskST tag.

Shahbaz’s family has refused to entertain media with any sort of interviews, but that didn’t stop him from answering his followers on Twitter, who were eager to know about his time in captivity and how life is after been released.

Here’s what he’s currently listening to when it comes to music: 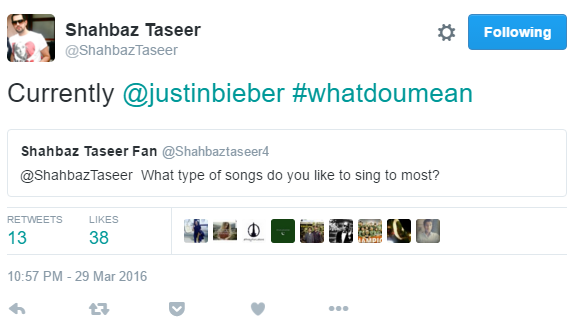 Let it be said that Shahbaz’s Twitter trolling game is A-plus.

The hardest part when remaining in captivity? 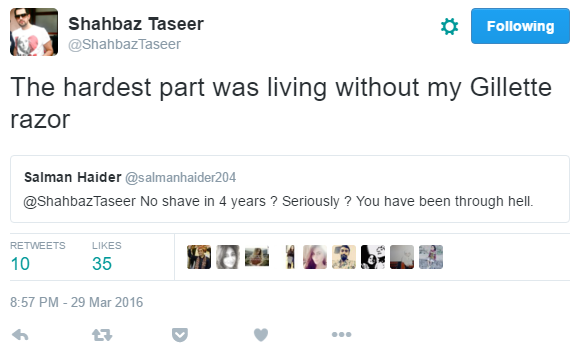 When asked about what thing he finds most changed in the last five years: 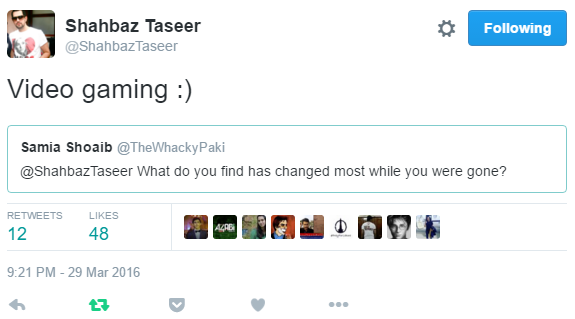 However, is he a PC guy or a PS guy or an Xbox guy. Gaming fans wanted to have this mystery solved, and Shahbaz put the rumor mills to rest: 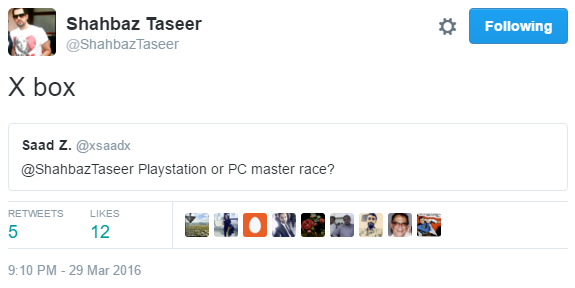 On his favorite football club, Manchester United, he remains as steadfast as ever: 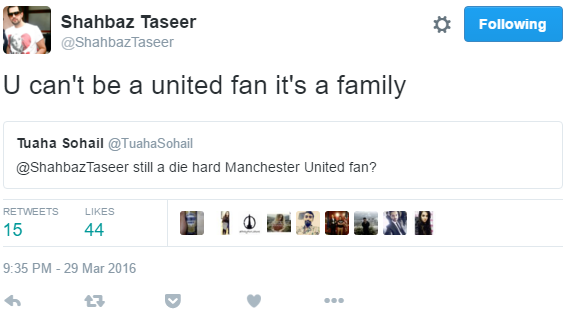 So after 4 years with no internet or contact with the outside world, did he forget his passwords? Turns out he did. But he had an ace up his sleeve. 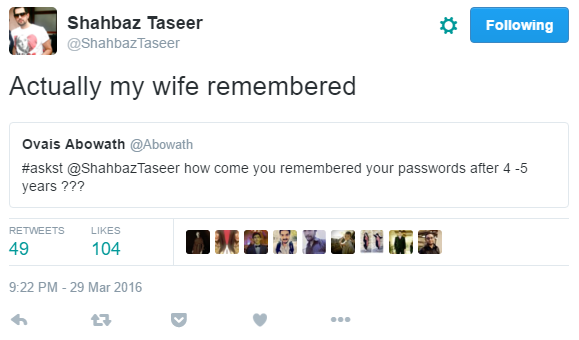 He also laughed it off when a fan compared him to Damien Lewis’s character in the US drama “Homeland.” 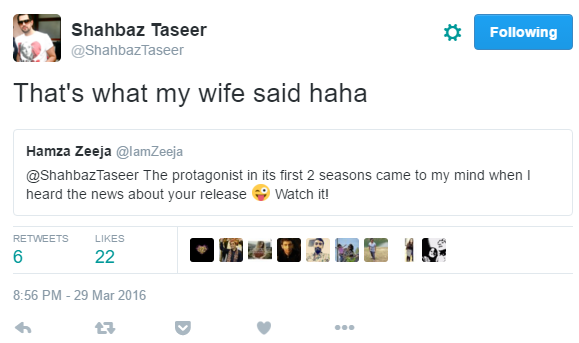 He’s better off not watching the show indeed. He’s pretty much lived out being held as a captive by militants who didn’t even let the poor man shave in all those years.

When asked about will he ever think of leaving Pakistan? 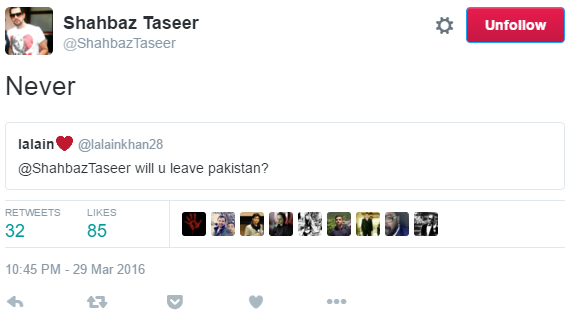 Do go over and visit his Twitter page as he said he’ll be holding the session again and will willingly answer any and all questions under the #AskST tag.