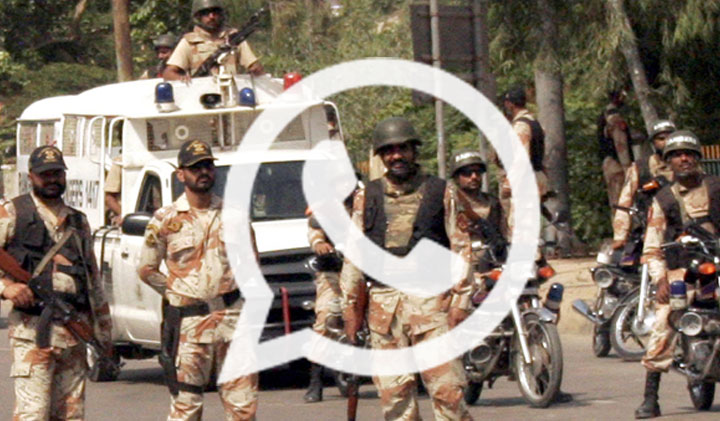 Sindh Rangers have launched a new service that facilitates the citizens of Karachi by helping them get in touch with the paramilitary law enforcement agency. To this end, they have set up a public hotline using the world’s most popular instant messaging app, WhatsApp.

The new service will increase the paramilitary force’s direct communication with the residents of Karachi and the rest of Sindh. Not only that, it will be a more advanced method of communication – letting people send locations, images, videos, audio, documents, etc. to the Rangers. People could end up reporting ongoing or suspicious activities, making it easier for the Ranger personnel s to apprehend the criminals red-handed.

Even though the Rangers already have phone helplines, WhatsApp will be an additional method of communication. However, people will only get to send messages as calling might not be feasible for such an operation.

Citizens can report unlawful or suspicious activities by sending messages (including multimedia messages) to Ranger’s helpline: 0316-2369996.

Along with the WhatsApp number, Sindh Rangers have introduced a new email address which can also be used to contact the paramilitary force. The email address is: [email protected]

Pakistani law enforcing authorities have been moving towards such technological solutions for quite some time now. Technology is presumed to have a reforming effect on the police especially the Punjab Police. Last year, Lahore Police started using specialised apps, developed in conjunction with the PITB, to assist in the process of investigation and even launched their own WhatsApp number for communication with the citizens.

About a week ago, Islamabad Police also made the announcement that they will be using WhatsApp for official communications. And now, with the Sindh Rangers also adopting a similar method, other provincial police forces may also look to follow suit.