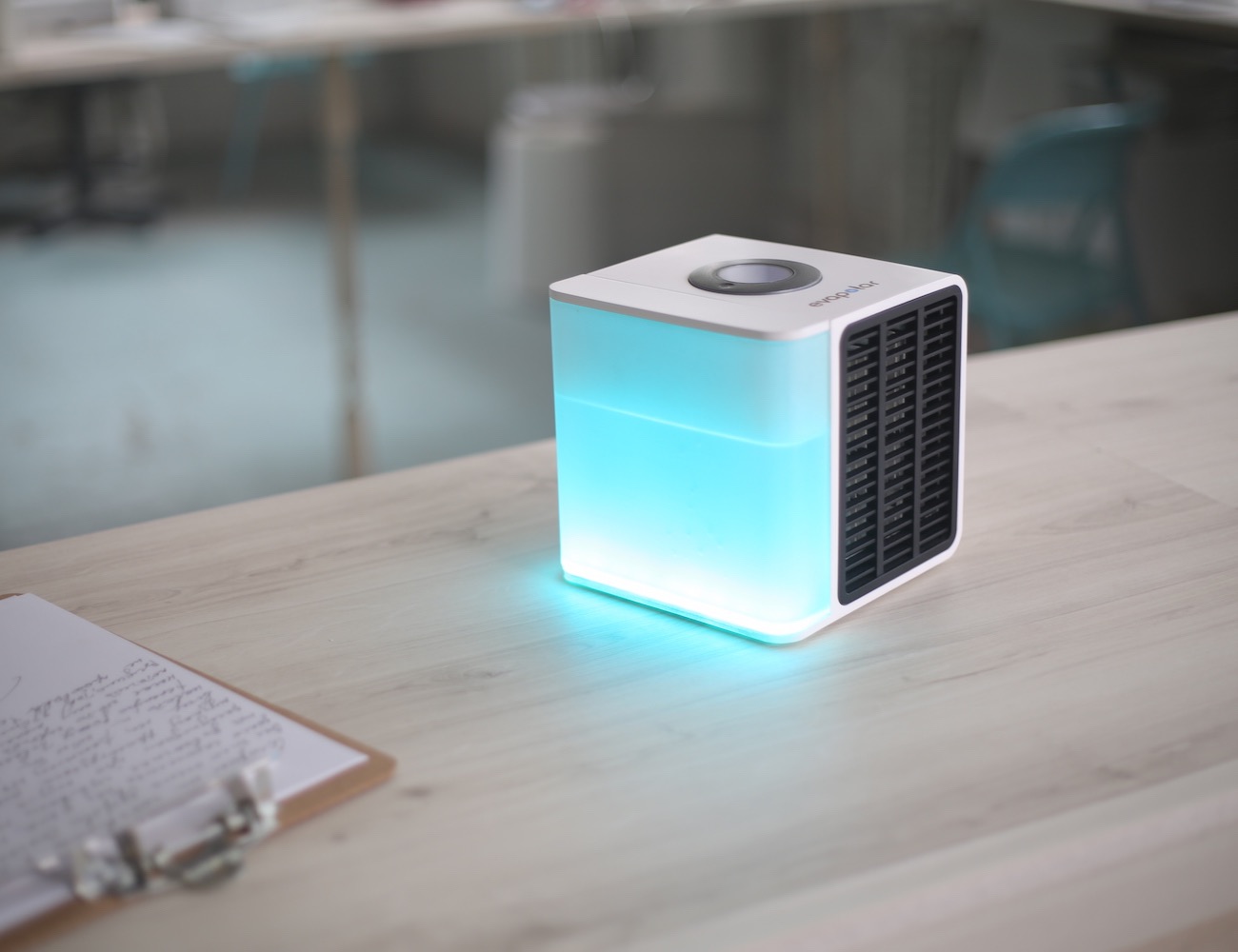 The summer is getting warmer and the demand for air conditioners is rising rapidly. Those looking for an AC need to spend a lot of cash and also have to deal with regular running costs. A European manufacturer has developed a mini portable AC which solves every problem that a normal air conditioning system faces.

The mini portable AC is named Evapolar and they claim to solve both problems that normal ACs face, i.e. initial cost and high running costs. Their system does not require any installation, and can be plugged in any where the user wants.

Evapolar is eco-friendly and energy efficient. By using the power of water evaporation, it can cool down temperatures in hot and dry conditions. Yes, a similar technique is used in the typical water coolers. Evapolar developers say that they have made some very important changes which make their product far superior to any evaporative cooler.

The first point they make is the reduced bulk. Evapolar can be easily carried around and can be placed even on tables. The small AC, doubles as a humidifier and an air purifier. They claim that these added features make it far better for indoor use and the users’ health. The company is keen to point that their product will have a positive effect on people’s skin and hair. 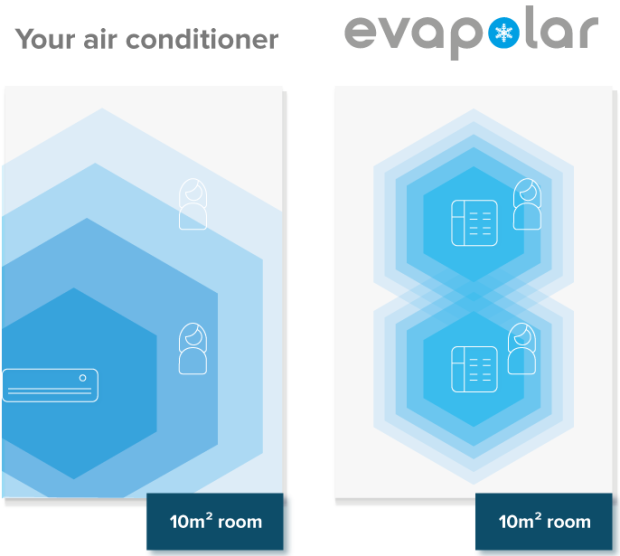 The Evapolar team used a special evaporative nanomaterial, which was previously used in Russian military tech, to reduce the size of the cooling device. Evapolar uses a soft natural chilling process instead of pushing out a cold air thread.

The user can adjust the temperature of the Evapolar according to their requirements. Evapolar’s AC works on just 10 Watts of electricity while offering an output power of 500 watts resulting in an energy efficiency several times greater than an AC. The manufacturer claims that Evapolar is 12 times more power efficient that any traditional split AC system. As it’s called a personal AC, people can use it for individual use.

The water compartment is made out of a unique patented material which lets the water through it while causing the cooling effect without the need of any coolant. The evaporative material is recyclable and has a limited working period. The material is made out of organic-free materials so washing it is not necessary as it prevents the growth of any bacteria. 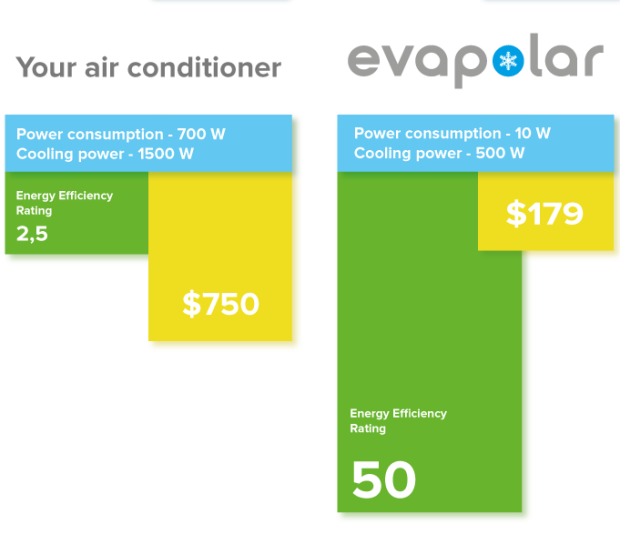 The water cartridge can hold up to 710ml of liquid. It can be used for 6 to 8 hours before it needs a refill. The cartridge works for one year, after which it needs to be replaced as water impurities start to affect the cooling.

The Evapolar, available in black or white finish, can be pre-ordered through the manufacturer’s website for home delivery by June 2016. Shipments are made globally (including Pakistan) at a cost of $30. The portable device costs $179 while a replacement water cartridge (a yearly replacement) costs $20.

As is the case with all crowdfunded products though, maybe you should wait till the first batch of the coolers get delivered to the backers and see what they have to say.

Also read: What are Inverter ACs? And Are The Energy Saving Claims Right? [Series]

Also read: The Advantages and Disadvantages of a DC Inverter AC [Series]