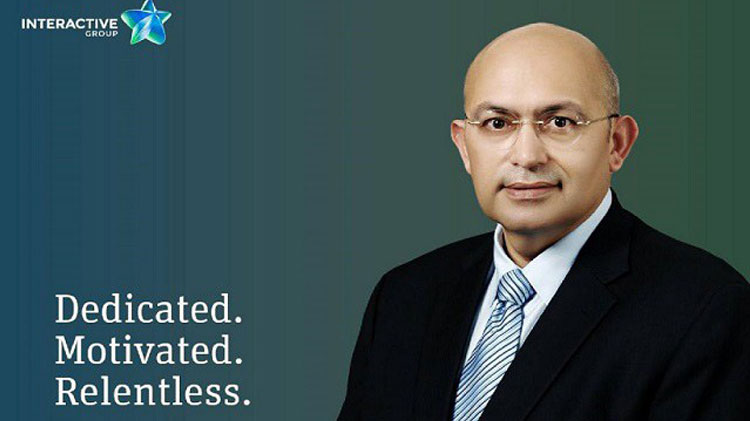 Dr. Shahid Mahmud, CEO of Interactive group which is a major ICT company in Pakistan, has received a “Distinguished Fellow Award 2016”, awarded by Eisenhower Fellowships.

Dr. Shahid went to the U.S on his Eisenhower Fellowship in 2001. Christine Whitman, chairman of the executive committee of the EF Board of Trustees added:

“His deep sense of service is equaled only by his boundless generosity and his commitment to collaborating with others to help better society, we celebrate his dedication to enriching our world and the EF network by finding new paths to confront new and daunting challenges.” – Christine Whitman

Dr. Shahid is one of the people whose company was behind the development of Pakistan’s Telecom, wireless, IT and Media infrastructure, as well as serving on several different federal committees. He was part of the committee tasked with creating and implementing the IT and telecom policy of the country.

He also happens to be a philanthropist working with community service and youth-oriented projects. He also played a major role in shaping a disaster emergency plan during the devastating 2005 Kashmir earthquake. The good doctor has also worked together with another EF from Pakistan, Dr. Abdul Bari Khan, to extend the work of Indus Hospital based in Karachi.

Pakistan may be in a dire state of affairs but the efforts of people such as Dr. Shahid Mahmud show that there are always people who are doing a lot of good for this country, and improving our image in the eyes of the world.