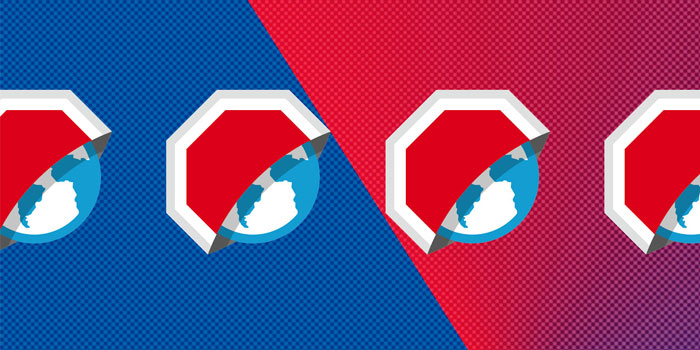 When it comes to Mobile phone users allowing advertisements on their phones, statistics show that Pakistan is among the top countries where people block these ads. To be exact, 38 percent of Smartphone users in Pakistan have installed ad-blocking browsers on their devices.

The statistics about ad-blocking usage were published in the “2016 Mobile Adblocking Report”. It says that around 22 per cent of the world’s 1.9 billion smartphone users are blocking ads on the mobile web.

When compared to last year, this indicates a 90 percent increase in ad-blocker users.

How does Pakistan Compare with Other Countries?

In Pakistan, 10 million smartphone users have installed ad-blocking browsers, or about 38 percent of its mobile users.

If we compare this ratio with some other countries, it is much higher in India (with 61 percent) and Indonesia (with 66 percent).

The country having the highest number of ad-blocking browser users is China. It has 159 million users, or roughly 31 percent of its overall mobile phone subscribers. 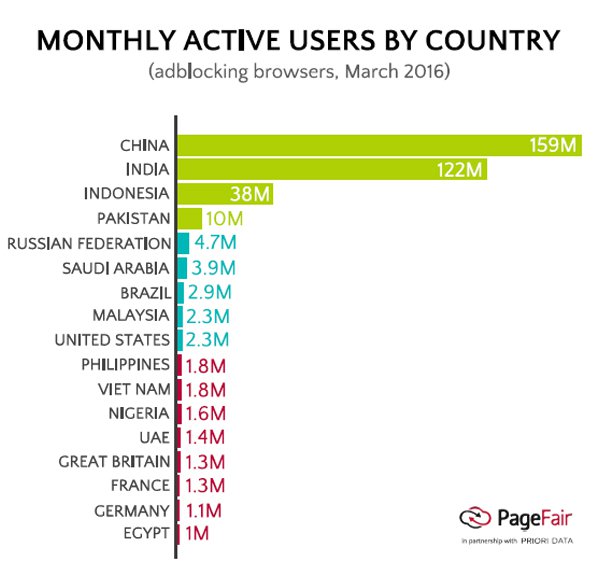 One of the major causes behind the increasing usage of ad-blockers in Pakistan is an obvious one. Ads consume data, and the average Pakistani mobile internet user wants to make the most of their data limits.

High data costs make it difficult for users to accept data-consuming ads on their phones. 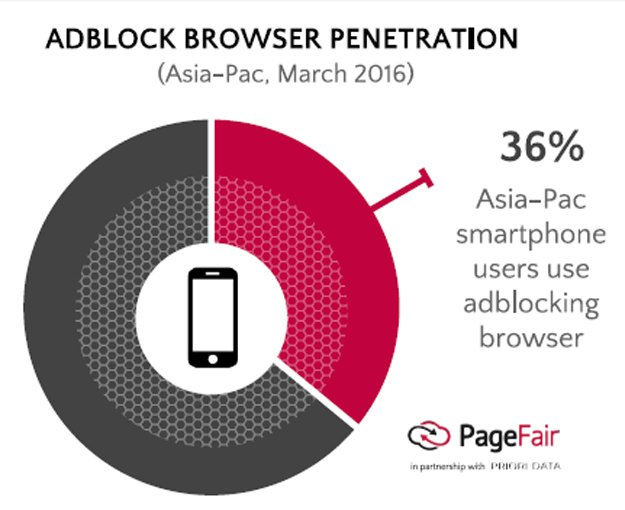 Ad-blockers have made it to the most popular mobile browsers, which is evident from the fact that there are 408 million ad-blocking browsers as of March 2016.

Here are some of the most downloaded ad-blocking browsers: 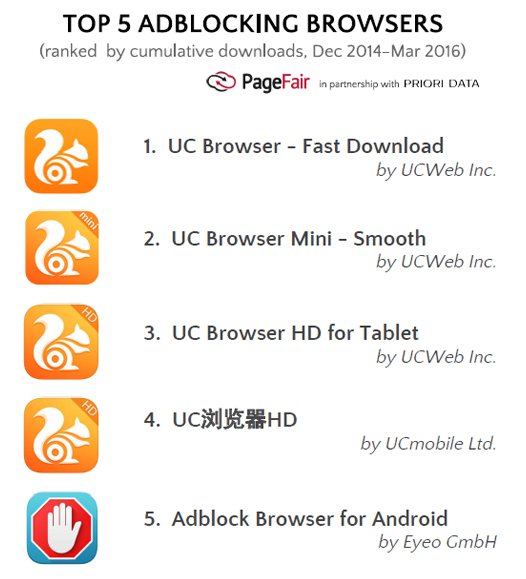 How Does the West Fare?

In a striking contrast, ad-blockers are not being drastically adopted in Western countries. The biggest reason for this is the availability of affordable mobile data packages and greater bandwidth.

There were only 14 million monthly active users for mobile ad-blocking browsers in Europe and North America.

Android and iOS users think differently in this matter as well. Its shown in the report that iOS users in total downloaded only 4.5 million apps for content blocking purposes. This constitutes a limited contribution of iOS users when it comes to ad-blocking.

As for Android, many manufacturers are getting into the ad-blocking game themselves. OEMs are now pre-installing ad-blocking browsers with new Android-powered smartphones. One big example is that ASUS partnered with Adblock Plus to provide an ad-blocking browser on 30 million new handsets in 2016.

Expect the trend of ad-blocking to increase exponentially in the future.