Special Communication Organization has awarded a network up-gradation project for AJK to ZTE, we have checked with officials.

With this, ZTE will modernize SCO’s network in AJK after which SCO will be able to launch 3G and 4G services in the region. 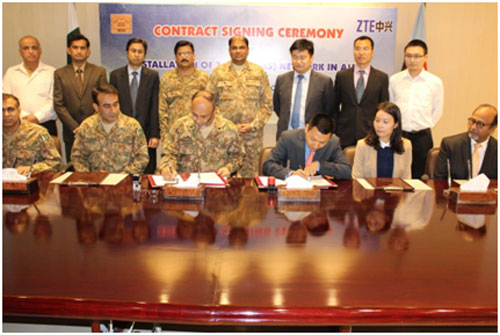 Project for the up-gradation of SCO’s GSM network was approved by planning commission earlier this year when some PKR 1.45 billion were allocated for the project from PSDP fund.

ZTE will be responsible for replacement of existing CS & PS Core Billing SMSC and part of Access Network of GSM system installed in AJ&K.

According to details, below elements are going to be incorporated in SCO’s GSM network:

After its implementation the long standing demand of AJ&K people for 3G & 4G services will be fulfilled.

It maybe recalled that another PSDP project for upgradation of SCO’s GSM network in GB is already planned.

Also Read: Government to Auction 3G/4G Spectrum in AJK during 2016