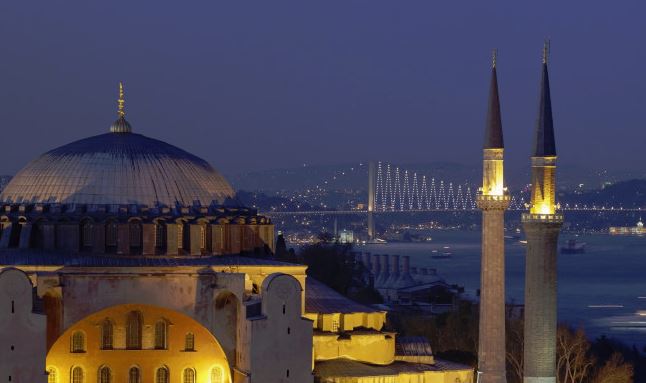 Most of us think the Muslim world is at a standstill with little to no advancements in most fields. We find very few, if any, innovations from Muslims and only see people copying ideas from the west.

Couple that with increasing extremism and rise in Islamophobia globally, many people end up reinforcing negative stereotypes about Muslims.

However, all is not lost. Despite all the shortcomings, Muslims have used technology to bring positive change in the world. There are some very good startups, employing ethical and Islamic rules, which have gone on to become successful businesses.

Today we share with you the top ten Islamic startups and apps which are specifically catering to the needs of the Muslim world via technology.

The Dubai based startup Finocracy aims to establish a prospering global Islamic social finance ecosystem which will join the public and private entities.

Their team is behind popular platforms which have gone on to make transactions over $10 million funded by over 150,000 individuals from around the world. 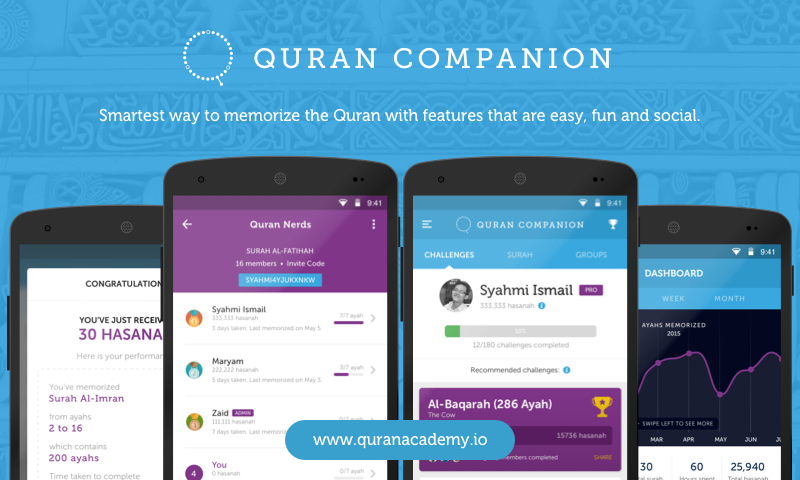 Founder Bilal Memon, a Hafiz-e-Quran and a US based entrepreneur, worked with TechStars to produce an app which is the 21st century solution to Quran memorizing.

His startup Quran Academy makes use of innovative technology to help millions of Muslims, in Pakistan and worldwide.

Memorizing the Holy Quran no longer needs to be exclusive to madrassahs or something which requires years of dedication. The two year old company released their maiden app, Quran Companion.

The app doesn’t just recite the Quran and expect the users to remember it. Instead, it employs the latest learning methodologies to make the process easier and simpler.

It uses guided lessons, “swipe to reveal” game and social group challenges to motivate learners of the Quran. The app is great for kids and suitable for adults.

The Quran Academy-developed app can be downloaded here for Android devices and is coming soon for iOS devices. 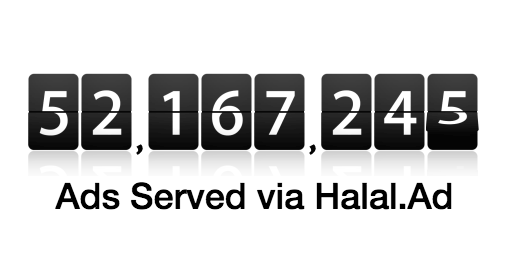 Ethical ads have been gaining a lot of traction in recent times and Halal ads platform is one of the fastest growing ones.

Using Google Adsense sometimes causes a lot of concern for Muslim publishers. Sometimes ads containing alcohol or sexually explicit content popup even on an Islamic website. With that as the basic idea, Halal Ads came into being.

The platform serves 500,000 ads daily online in 190 countries. The Danish company is working with 400 advertisers and 1000 publishers as of now.

This ad platform for Muslims advertisers gives them an opportunity to target the Muslim audience with their Islamic products. They can advertise their products on small or large websites, blogs, portals and forums with ease. They can always rest assured that their paid ads are being displayed to their potential clients only.

Ever since HajjNet was founded in 2012, it has raised $1.25 million in capital investment from the private sector. The startup is the force behind Salam app, its first attempt in the mobile and web segment. Salam has been designed to guide pilgrims via a step by step instruction set for the Hajj and Umrah process.

The app was ranked amongst the top 10 in Travel on Apple’s App Store in 59 countries. It was also chosen in the New & Noteworthy section and the Best New Apps category on the App Store.

You can check out Salam from the Play Store and the Apple App Store.

The US-based Productive Muslim has been gaining a lot of traction on the social media recently. It is an online platform aiming to improve productivity amongst Muslims.

What started as a mere blog in 2007 has now transformed into a media and an online tuition company which offers online courses, classes, live workshops, 1 to 1 coaching, group coaching to Muslims around the world.

The founder of this startup, Mohammed Faris, released his first book via Awakening Worldwide this year. His book was titled “The Productive Muslim: Where Faith Meets Productivity“. 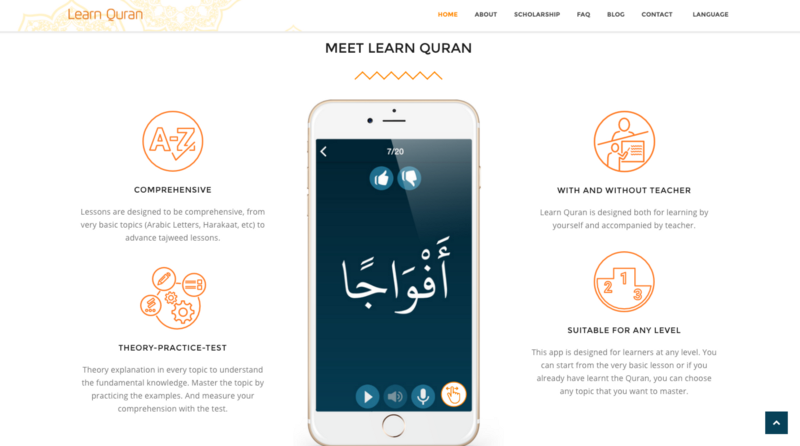 An Indonesian startup has developed an app called Learn Quran. It uses the latest mobile technologies to help people in learning how to recite the Quran or improve their current level of recitation. The app tests the user’s recitation to see of their pronunciation is correct.

More than 500,000 people in 180 countries use this app and it was the most popular app to learn how to recite the Quran since last year.

Learn Quran can be downloaded for both Android and iOS.

You can get more details at Learn-Quran.co.

Hajj Guider is a Pakistani startup founded by Hasam Ahmed Khan. The startup offers a wearable accessory which can keep track of the pilgrims and make the Hajj pilgrimage far more easier.

The startup has developed an app to go along with the accessory which helps navigate, alert, direct the pilgrims. It can also check their health and provide real-time location services.

Considering the place and volume of people at Hajj, the band doesn’t require any network connectivity. Instead it creates its own mesh network with other bands over a 5km radius and lasts for 5 days on a single charge. 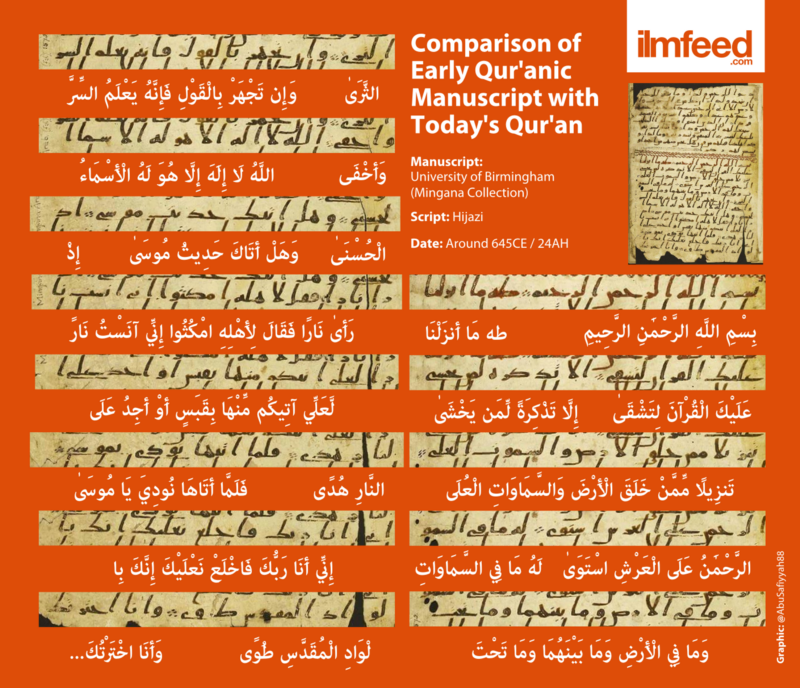 IlmFeed is a UK based online publisher. It is dedicated towards informative and inspirational articles related to Islam and the Muslim community.

The website covers topics related to Islamic history, Muslim personalities, mosques and their architecture, inspirational historic events and anything which can have a positive effect on the Muslim community.

IlmFeed has already become the most popular UK based Islamic website in the world and it is gaining in popularity very quickly.

We have heard a lot about apps for couples, but Muzmatch is made for Muslims and helps in finding the perfect partners to marry. The startup recently completed £500,000 in seed funding.

The app boasts half a million profile views per day and has created over 1 million matches. It is one of the fastest growing global Muslim marriage apps in the world. The group states that Muzmatch as succeeded in contributing towards the marriage of couples in the UK, US, Indonesia, Malaysia, UAE and many other countries.

Muzmatch is not like other apps and the developers made sure all security checks are employed in order to authenticate and safeguard the identity of its Muslim users. It even records inappropriate behavior and fights back against any fake profiles or people with malicious intentions. You can even chat with users before you make a formal proposal or physical meeting.

Muzmatch can be downloaded on the Google Play Store here and the iOS store here. 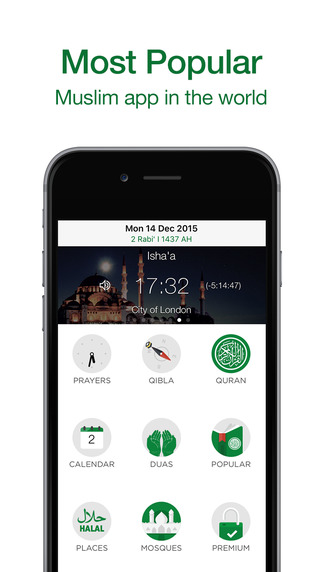 Muslim Pro is the most downloaded and most positively reviewed app on all the app stores. The app boasts over 25 million downloads.

Muslim Pro doesn’t offer much which would differentiate from the several other apps available in the market. What it does offer is that users get everything in a single app instead of multiple ones. 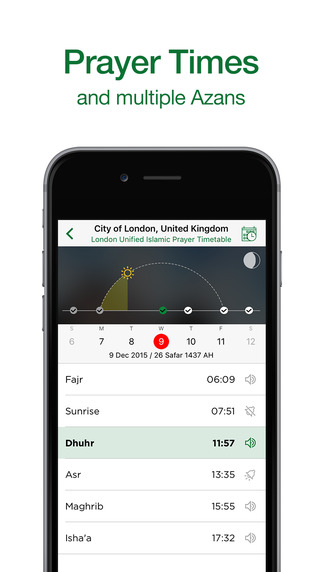 It has everything from prayer times, full Quran with recitations, a Qibla compass, halal restaurants, digital tasbih, Muslim calendar and anything else a Muslim person could need. To top it off the app is available in 15 different languages.

The app is available for free on the Play Store here and the Apple store here.

What Islamic apps or services are your favorite? Have we missed any innovative Islamic startups? Let us know in the comments below.