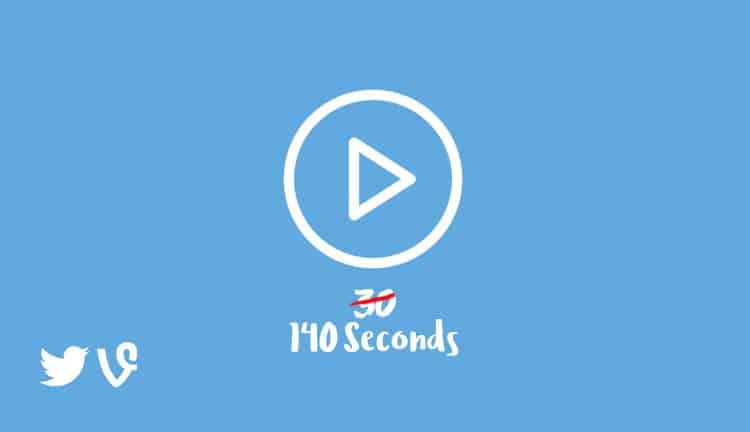 It seems like Twitter is riding a roller coaster of “change” this year. Just last month the micro-blogging platform relaxed its 140 character limits, allowing users to say more with tweets. After that it tweaked the visual elements for mobile users and then introduced a new feature which allows you to retweet your old tweets.

Today, Twitter has announced updates for videos; by increasing the limit of allowed videos from 30 seconds to 140 seconds, which translates to almost two and half minutes.

The new change is implemented across Vine as well, however the video preview will be still limited to 6 seconds.

This new video features are rolling out today and will soon be available for Android and iOS apps across the globe.

According to company claims, video viewing on this platform is rapidly growing and video tweets have increased by over 50% since the beginning of 2016.

Twitter has also released a companion app called “Twitter Engage” which allows celebrities and other influential people to interact with their fans and grow a bigger following by using real time data and insights.

Twiitter Engage highlights the most important interactions on twitter and shows high level analytics for each post.  This app is currently available for iOS users only.