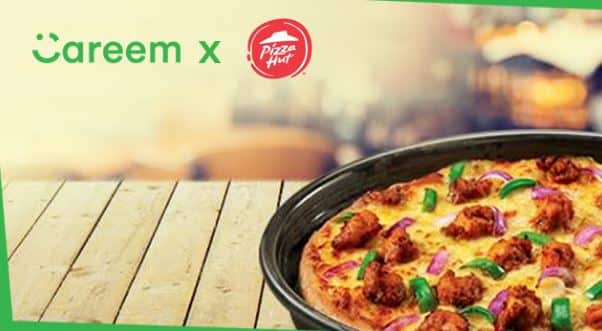 Yesterday, Careem kicked off another series of promotions by announcing a partnership with popular restaurant chain and international franchise, Pizza Hut. Now, Pizza Hut has denied any claims of such a partnership.

Careem, a popular ride-hailing service, has been giving Uber a very hard time in the Middle Eastern region, including Pakistan. Their marketing antics, while creative and unique, have also created their fair share of controversies on social media. Recently, they kicked off a “Rishta Aunty” campaign, a marketing stunt that was hilariously received by Pakistanis.

They also regularly offer promotions and discounts in partnership with restaurants or events. Their most recent promotion, which would have run from the 24th of July to the 24th of August, offered a 20% discount at Pizza Hut on the entire menu if you took a Careem ride in the past 48 hours.

Here’s the official email they sent regarding their promotion with Pizza Hut in selected cities: 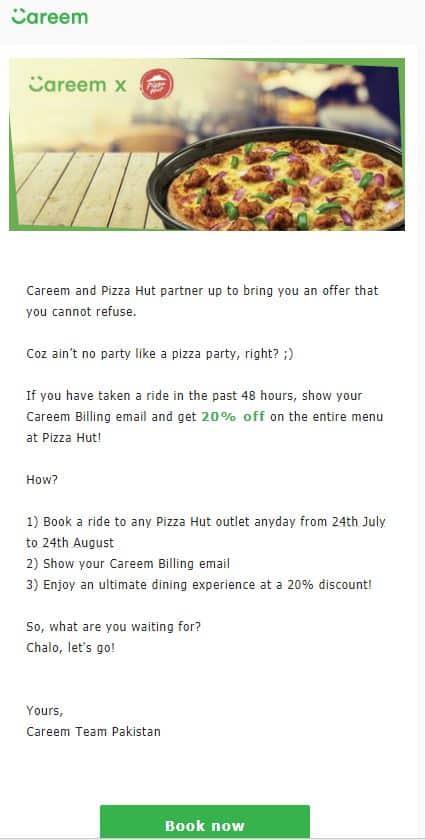 However, this promotion seems to have spiraled into an ugly mess after Pizza Hut’s most recent post on their official Facebook page, dissociating itself with Careem’s promotion:

Moreover, a number of people have posted on Careem’s page about how they were turned down when trying to get a discount at Pizza Hut, 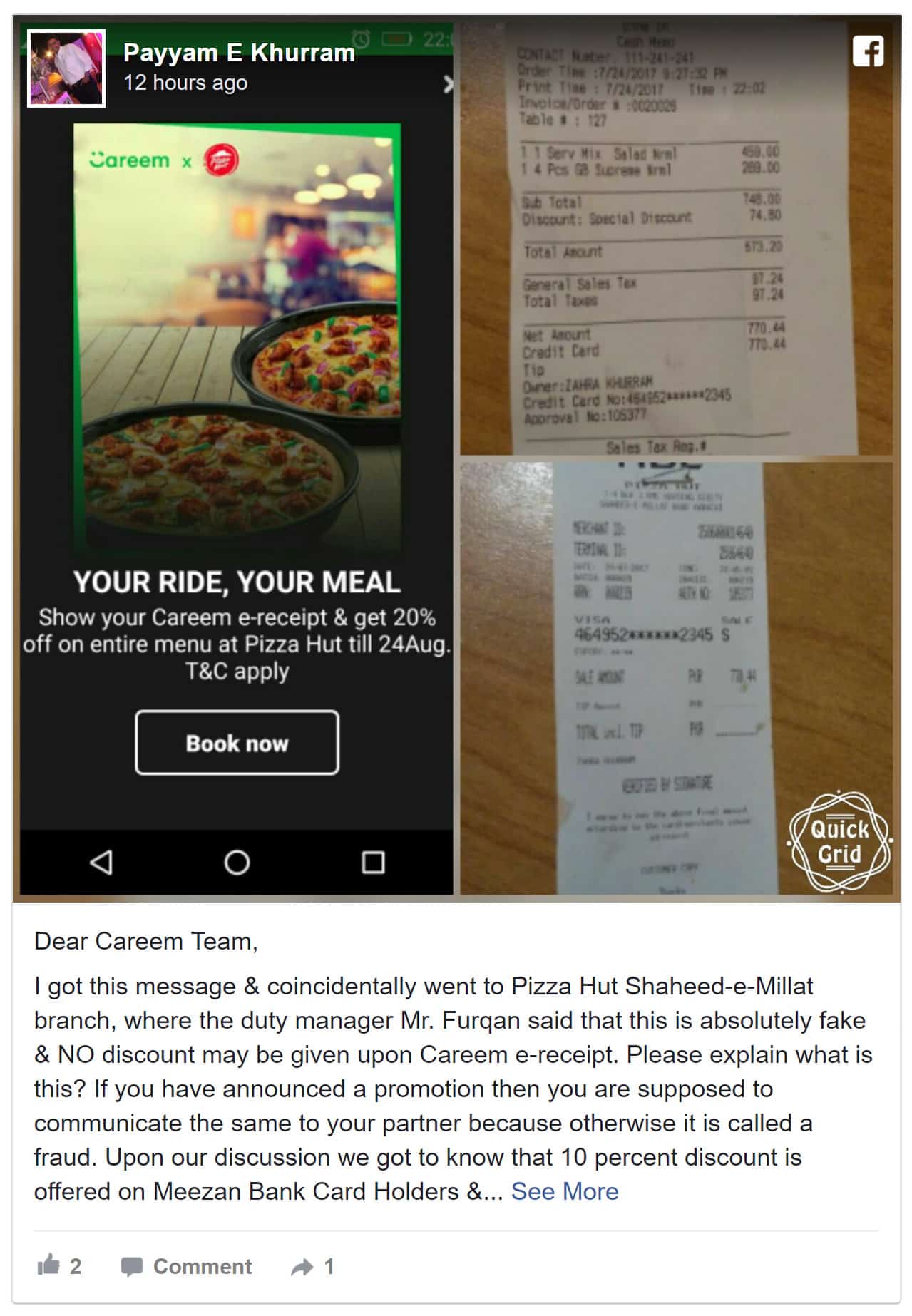 Both Careem reached out to us and said that a communication mixup with its partner, Pizza Hut, has resulted in the current situation. It said that Pizza hut wasn’t ready for the offering and hence a confusion was created.

Careem posted on its FB Page: