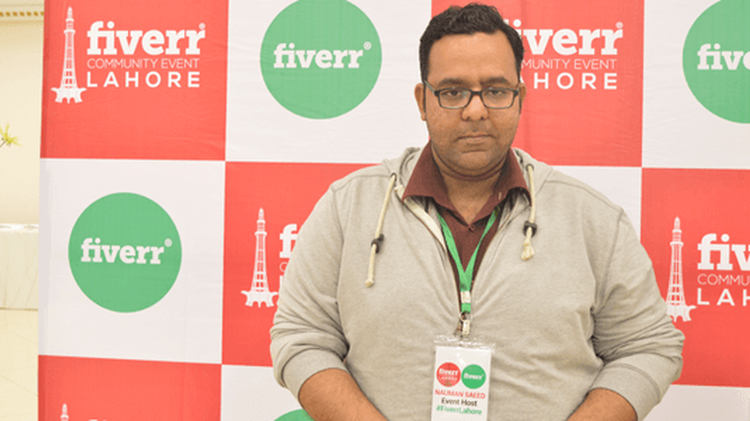 We often hear about people who do some part-time work online. They look at freelance work as a way to make up some extra cash, as a means to meet the daily household expenses, or to indulge a luxury or two.

It’s rare to hear about someone who solely relies on their online earnings and makes a great living out of it.

Bobby, a graphic designer from Faisalabad, is one of those freelancers. This is his story and how he managed to buy a house from his online earnings.

Bobby, who belongs to Faisalabad, has been a graphic designer for six years. He freelances on Fiverr and his sole source of income is the money he makes from the freelance platform.

Bobby’s brother introduced him to Fiverr, a place where you could get have your work done for just $5. He was amazed and planned to outsource some of his web, graphics designing and animation projects on Fiverr.

Soon after, Bobby read a success story about a Fiverr seller who had bought a house only with the money he made from Fiverr. This changed him and he made it his goal to buy his very own house by being one of the best sellers on the freelancing platform.

Bobby signed up as Wingle on Fiverr and created his first Gig (a freelance service on Fiverr). Planning on getting a good first impression, he wrote a detailed description of his service and included some of his previous work samples.

Within a week, Bobby made his first sale. Fortunately for him, that was the start of a great freelancing career. He made 70 sales in the same month and started getting recommended by his clients, enhancing his sales volume in the process.

Some time later, Bobby’s bestselling Gig got featured on the Fiverr website, resulting in even more sales and popularity. Soon after, Bobby got the “Top Rated Seller” award for satisfying many clients.

Bobby says that he makes all of his income through Fiverr. When he started, he paid off his debts with the money he made.

Soon after, he paid for his wedding expenses by himself.

It took him only three and a half years, ever since he started on Fiverr, to earn enough money to buy his own house. He currently lives there with his wife and daughter.

How Fiverr Made Him a Successful Freelancer

‘You don’t have to find projects,’ says Bobby. This is the greatest benefit of Fiverr. He believes that you have to present your best work and the rest will take care of itself. Potential clients end up choosing freelancers whose service quality is superior.

Instead of focusing on getting new projects, Bobby was always looking to improve his work. This was the secret to his success on Fiverr.

Bobby claims Fiverr has changed his life. He was able to achieve his dream while working with complete freedom.

He can still spend more time with his family than he could’ve had in a regular 9-to-5 job.

Bobby says that anyone who is just starting his freelance career, should always provide original and high quality work.

He rates communication as the most important factor in retaining regular customers. A freelancer should always look towards quick and effective communication.

An unhappy customer can always become a happy regular one if he/she is treated nicely. Bobby believes that the key lies in how you market yourself.

We wish Bobby the best of luck in his future endeavors and hope that many more Pakistanis are inspired by his example.