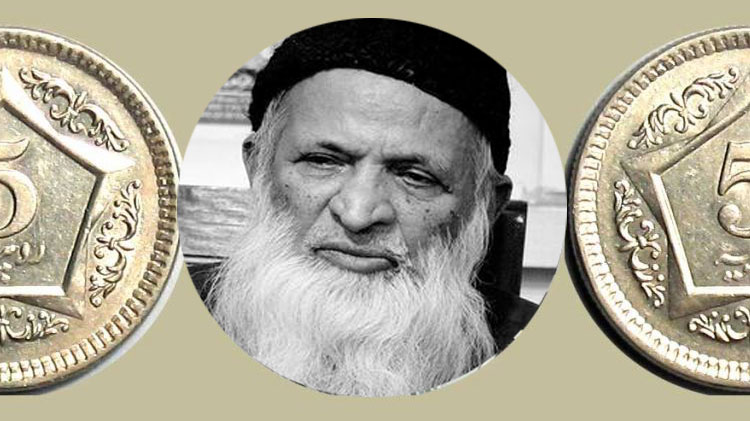 Governor State Bank of Pakistan Mr. Ashraf Mahmood Wathra has said SBP would issue a commemorative coin of Rs. 50 in memory of Abdul Sattar Edhi as a small token of appreciation to remember him in the history of Pakistan.

He was addressing to a ‘condolence’ gathering to pay tributes to late Abdul Sattar Edhi today who served the needy, the orphans, the widows and the destitute by rising above the considerations of caste, color and creed.

The event was attended by senior management of the bank, son of late Abdul Sattar Edhi Faisal Edhi, representatives of financial sector, philanthropists and notables of the society. 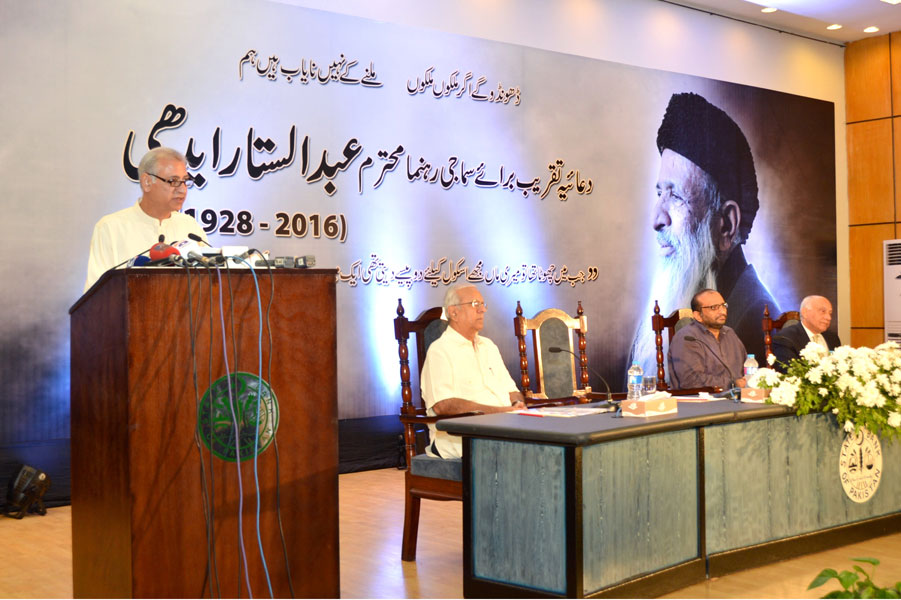 Paying tributes to late Abdul Sattar Edhi Governor State Bank said social welfare is no ordinary feat nor it is impossible to achieve.

He said developing countries generally face lack of welfare facilities and private sector in such countries fills the void. He complemented late Abdul Sattar Edhi for being among the first ones to come forward for the cause of humanity in the country.

Governor further added, ”though there is no dearth of welfare organizations in this country but late Edhi stands apart with the rest of organizations as he did not seek elaborate gatherings for fund raising, rather he depended upon common people of Pakistan for this purpose”.

He went on to add that this approach is symbolic of the philosophy of ‘help yourself’ and understanding pain and anguish of each other.

Governor recalled that services rendered by Edhi have been recognized locally as well as internationally. He felt proud of being a member of Jinnah Society when it conferred upon an award to Edhi for his outstanding services.

He urged upon the members of financial services, presidents of commercial banks and other high ranking officials present there to come forward and fully cooperate with Edhi Foundation and other social welfare organizations under Corporate Social Responsibility thus enabling them to continue the work of social welfare.