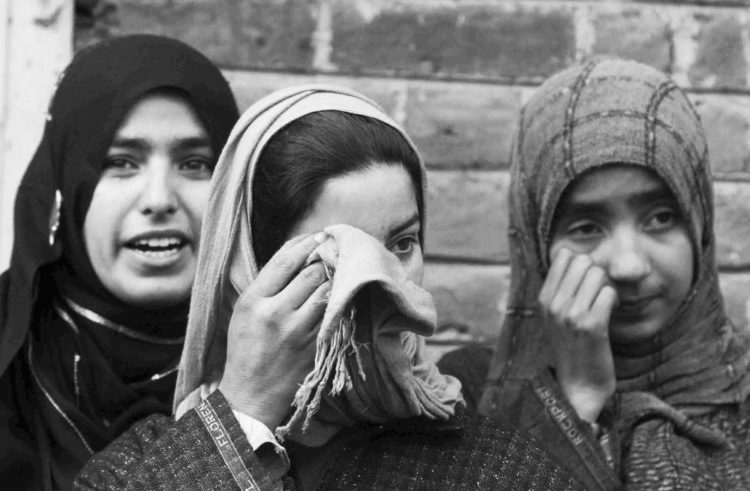 The death of Burhan Wani has reignited the 70 year-old fight for the freedom of Kashmir. Burhan Wani was a commander from Hizbul Mujahideen movement and used the internet to spread the message of Indian tyranny and Kashmir’s freedom. He was killed earlier this month by the Indian forces, which led to protests in the whole of Kashmir and online protests on social media.

The clashes of unarmed civilians with armed Indian army personnel led to the deaths of 50 more individuals. Indian authorities even imposed a curfew and raided newspapers offices to prevent the news of Burhan Wani from spreading. Mobile signals were jammed, landlines were disconnected and international channels were banned from covering news in Kashmir.

Following that, Kashmiris and their supporters from around the world, took to the social media and propagate information and show their support. Soon however, Facebook started taking down any news, post, picture or video related to Burhan Wani. And it wasn’t limited to Kashmiris, anybody around the world posting in favour of these protests or on the death of Wani had their accounts blocked or posts deleted.

Read More: Facebook is Blocking Kashmiris from Protesting for Their Freedom

Facebook says it removes content which praises or supports terrorists, terrorist organizations or terrorism. A spokesperson said that Facebook encourages “discussion of these subjects, any terrorist content must be put in a context that condemns these organizations or their violent activities.”

Even though Facebook has been overly active in siding with India in this matter  and forgetting its own ideal of freedom of speech on the social network, protestors still manage to use WhatsApp, Facebook and Twitter to relay information and organize protests.

It is being said that Burhan Wani started a new phase in the freedom movement. He brought more Kashmiris to use social media in order to spread the voice of Kashmir even further.

A writer, Mushtaq ul Haq Sikander, says “There’s not enough good information. The mainstream Indian channels are misinforming, if not lying.” That is why in times like these people turn to social media to tell the other side of the story.

Kashmiris have been using online communication platforms to organize meetings, broadcast information about protests and casualties. The online networks are also being used to save civilian lives after being injured in clashes with the Indian army. People are being urged to donate blood wherever it is needed.

Hashtags like #KashmirUnrest #KashmirSiege and #KashmirNow have become increasingly popular these days. An Indian Newspaper has quoted a police document saying that Kashmiris only had a 25 percent presence on social media in 2010 but it has skyrocketed since then to over 70 percent.

A Dilemma for Indian Authorities

A 30 year old local news website owner, Rameez Makhdoomi, says “The clamor for rights now includes Kashmiri Hindus, Muslims and even people from mainland India … who sympathize with our cause.” Even people from other countries are rallying up in support for Kashmir.

India often accuses Pakistan of encouraging and funding unrest in Indian occupied Kashmir, while turning a blind eye to its own treatment of Kashmiris. However, this time they may face difficulty making the same excuse in front of the international community.

“The violence in Kashmir gets explained away by India, which says Pakistan is influencing it — and that has sometimes been the case. But the social media thing shows that, this time at least, it’s a home-grown movement by Kashmiris. When it’s clearly home-grown it’s a bit harder to explain away.” – Gareth Price, a senior research fellow at Chatham House

Even with Facebook and Indian authorities trying their level best to prevent Kashmiris from standing up for their rights, it will take much more than that to stop the freedom movement. The Kashmiris have had to suffer nearly 70 years of cruelty and it won’t go away until they get their right to choose their nationality freely. Social media has helped them rise up in an organized manner (Facebook’s efforts notwithstanding) and will portray the real picture of what is really happening under India’s forceful occupation.