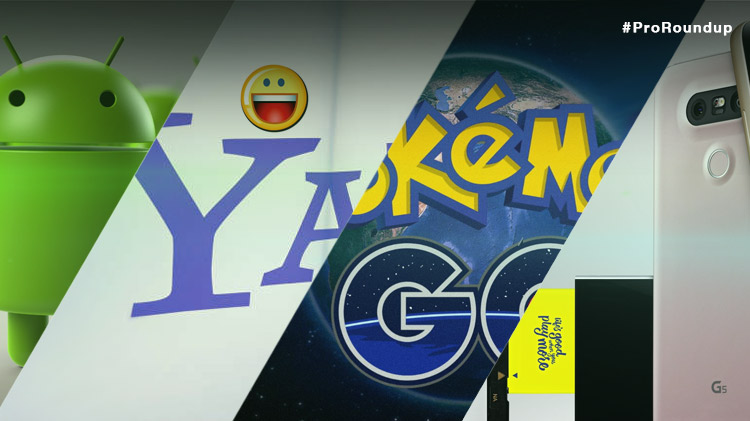 Intel has developed a Multi-OS Engine which allows Java developers to make apps for both Android and iOS using Java. It’s available as a technical preview for now. It’ll compete with other similar solutions like Microsoft’s Xamarin.

Samsung has released a 15 TB SSD with read and write speeds double that of traditional SSDs – but don’t get too excited since it’s aimed at enterprises.

A major study of patients recovering from prostate cancer has found that robots are just as effective as human surgeons. In additions, patients that underwent robot surgery lost less blood and were in the hospital for far less time. Robodoctors incoming?

A Fortune estimate suggests that Marissa Meyer, CEO of the recently sold Yahoo, could make up to $122 million despite abysmal performance raising questions about CEO compensation at failed companies.

Successful Kickstarter projects now have a new home in a new dedicated section at Amazon. Over 300 products across multiple categories are up for sale. Could we see a Pakistani project there soon?

A wearable for the wildly popular Pokemon Go has been delayed till September. An app update to sync with the device isn’t ready yet. This compounds Nintendo’s worries after the stock price crash when it admitted the game wasn’t making as much money as investors were expecting.

Researchers have uncovered 100 nodes in the Tor network that could be spying on Deep Web users. This comes as no surprise since previous revelations have suggested that governments are doing all they can to track people using the anonymizing network.

Popular password manager, Lastpass (which also happens to be a favorite at ProPakistani), is facing a massive security nightmare as a zero day bug was reveled. Clicking on a malicious link could lead to your entire password database being exposed to hackers.

A less than enthusiastic response to LG’s latest flagship G5 has led to the company declaring a $132 million loss. Total Mobile shipments (13.9 million) also saw a slight decline compared to one year ago.