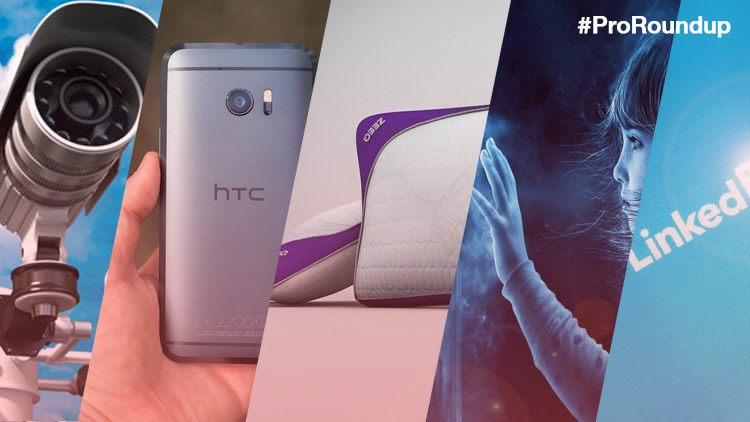 MIT Creates Video You Can Touchl

MIT’s CSAIL lab has announced that they have made a new type of video that lets the audience touch the different objects inside a video and interact with them as they would in real life. You can read more about the tech here.

China’s Elevated Bus Goes Out for a Test Drive:

China Xinhua News said in news today that the elevated bus, known as the “Transit Elevated Bus”, had its first time out on the road today for a test drive. Qinhuangdao city was where the bus was tested and the bus’ power consumption and brakes were tested. Read more here.

Instagram stories which was unveiled on Tuesday, let users do the same thing as Snapchat stories which allow users to chain together 24 hours of snapshots into a single story. It features the same edge to edge viewpoint on Instagram with the same location for the shutter button and similar editing tools. Read more here.

Privacy activists have launched a database of more than 500 security companies publicly to let people track what equipment was sold where and by which company. The database is called Surveillance Industry Index and can allow you to query with company name, city, type of product etc. Read more here.

Zeeq is a pillow that lets you listen to music while lying down without having to manage the earphones/headphones which can be very uncomfortable to wear when lying down. The volume is low enough to not wakeup someone sleeping next to you. Read more here.

Similar to Facebook Video, LinkedIn video allows LinkedIn Influencers to chime in on a topic of their interest with a 30 second video with their own opinion or response. For example if you see an Influencer post something and head to the article or video, you can see other Influencers’ 30 second videos commenting on the video. Read more here.

Despite the sales of HTC 10’s and HTC’s Vive headsets boosting the company’s revenue, the overall sales are still down 47% from the same period last year, indicating a very small improvement in the company’s condition. Read more here.