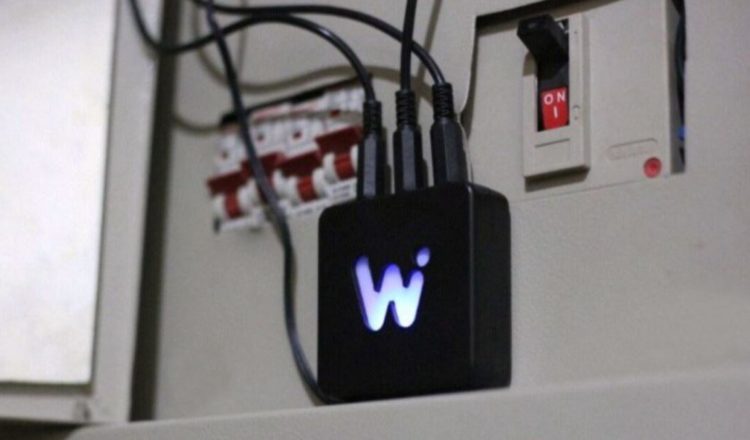 Electricity is a hot topic in Pakistan and saving it, a necessity. We are constantly reminded of that through advertisements instructing us to run AC at higher temperatures (26 degrees) but is that enough? What about the standby power consumed by appliances and other wasted energy sources that we don’t focus on?

Fictive Lab— a Pakistani IoT startup and an alumni of both Plan9 and LUMS Center for Entrepreneurship— wants to change that. They have developed a smart energy device called Wattie that can connect to your smartphone and provide you with loads of useful data about your electricity usage. Not only that, Wattie will also make suggestions to help you save up to 25% off your bill.

Wattie is a smart device that delivers your home energy’s consumption analytics directly to your smartphone via an app. It sits in the electricity distribution box and is connected to the internet via Wi-Fi (a GSM version is coming soon).

It measures all the energy flowing through the network in real-time, receiving data every five seconds. In one month, the little device will record over half a million points and send them over the cloud to the startup. The data will then by analyzed through pattern recognition algorithms and converted into a meaningful form to provide helpful insights regarding electricity consumption. 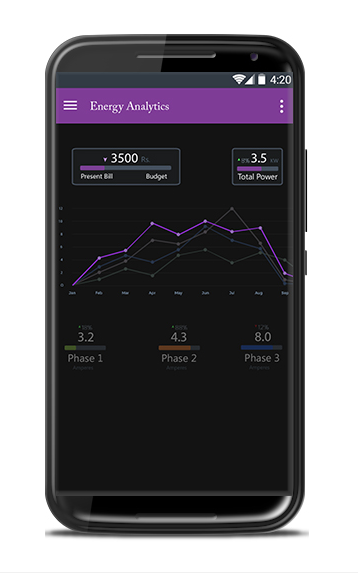 Since the electricity usage is visible in real time, you can also roam around your home while turning on appliances to see their consumption. A considerable amount of energy is consumed by standby power of appliances too— around 10% of the total electricity bill, according to the international energy agency. Wattie can also measure energy consumption per device as well. They claim that ‘during beta testing, Wattie has witnessed a 28% reduction in energy usage.’

However, do keep in mind that these figures might be considerably less when it comes to practical usage.

Using Wattie on Your Smartphone

For smartphone interaction, Wattie comes with its own applications. An Android version is available right now but an iOS version is also in the works. 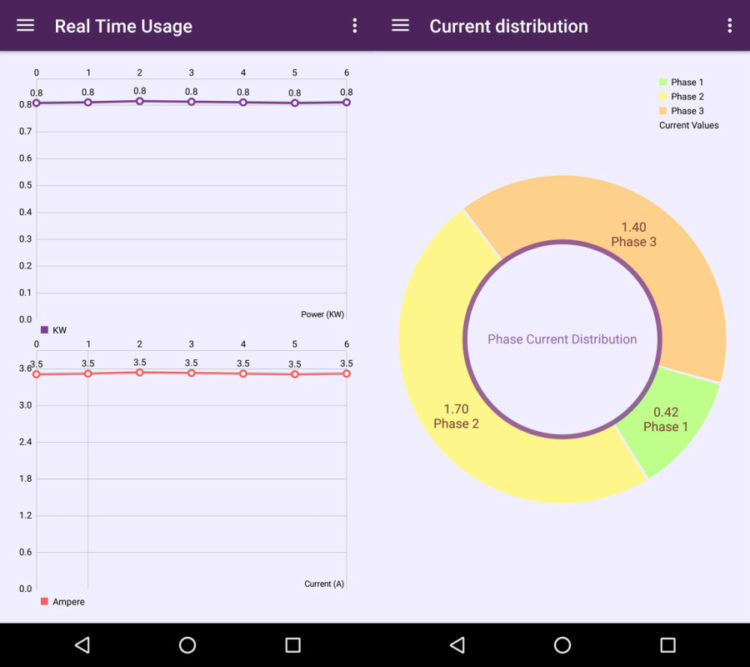 I tried out the beta version of Wattie’s app and overall, was impressed. with its design. The app is well thought-out and is easy to use. The app was nearly perfect apart from a couple of very small bugs, which would probably be squashed out in the final version.

As soon as you log-in, it’ll display you a chart of real-time electricity usage. Swipe from the left to reveal a menu (or tap the three lines on the top-left) and from there, you can jump into other menus.

A Statistics tab keeps a track of your daily units consumption for up to the last 60 days! You can see the exact current distribution coming in from a 3-phase system (also in real time). 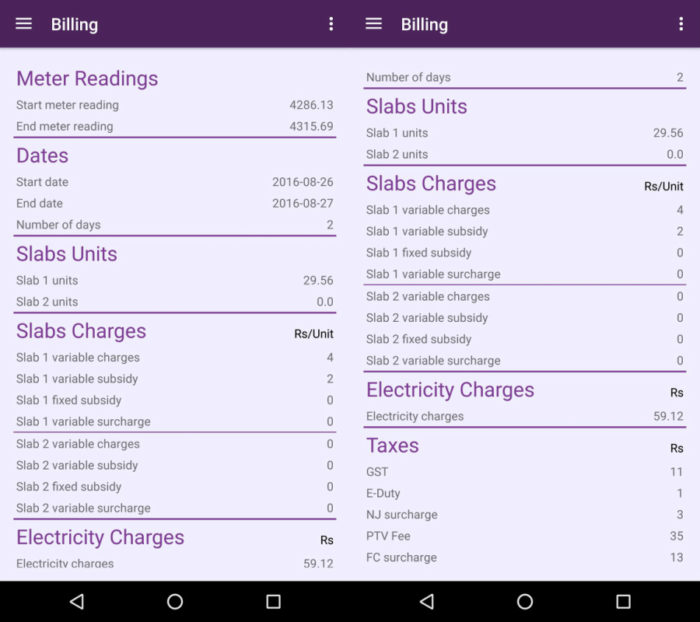 The app also has a separate section for billing. Tap on the “Present Bill” button and it’ll show you all the units you have consumed, their charges and the final electricity charges complete with GST, E-Duty, NJ surcharge, PTV Fee and FC surcharge.

Another useful little feature is “Projected Bill”, which will measure your current usage and predict your bill for the whole month. You can set monthly budget and unit limits and if the projected bill exceeds that number, the app will automatically notify you. 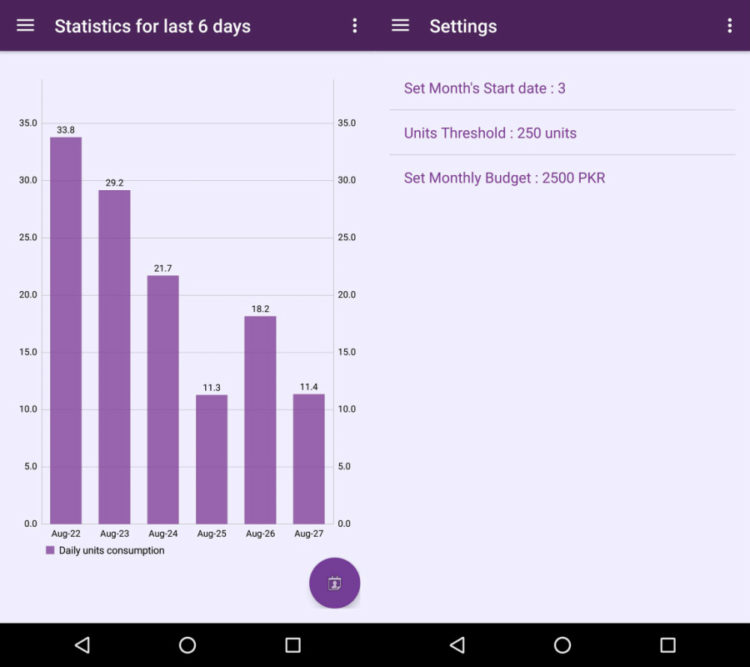 Wattie is now available on pre-order at a limited time price of 2,900 rupees. The people behind Wattie believe that a high-priced energy monitor would not be feasible for the Pakistani masses.

There is now a subscription fee of 300 rupees per month, payable on a quarterly basis. But if you pre-order the device now, they will waive off the monthly subscription fee for a period of two years. Delivery date for the first pre-orders is set towards the end of 2016.

All you need is one device to be placed on the main electricity distribution box. It comes with a life-time warranty and will work on both, single as well as 3-phase connections. Do note that the device cost does not include the installation charges.

The installation process is pretty simple and doesn’t require any other system for Wattie to work; it is a standalone, full-fledged energy management system. There is an instruction manual included in the box as well and, according to Fictive Labs, the whole process should take less than 10 minutes for setting up Wattie. They recommend hiring a professional or contacting them for the installation.

The startup behind Wattie, Fictive Lab, specializes in the Research and Development of both hardware and software. This is just their first foray in the smart energy ecosystem. The startup is also working on an enterprise version of this device to cater to specific needs of industry and businesses. Alongside that, they also have plans for making several other devices and services complementing Wattie.