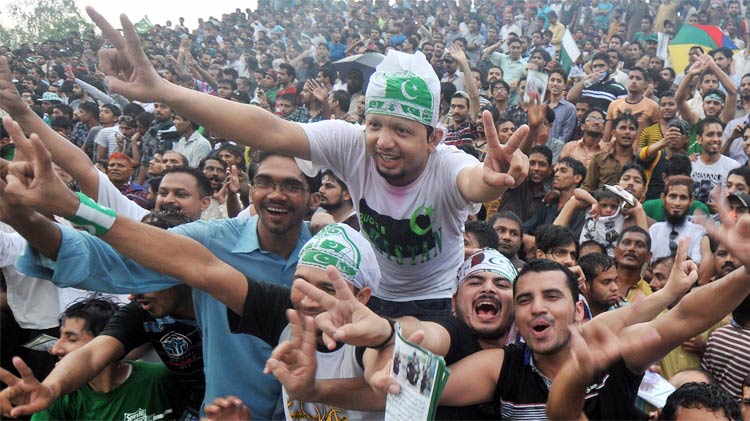 Demographics. That’s a word we come across often when the private sector and government officials talk about the opportunity represented by Pakistan. Two thirds of the country’s population is below 30, the median age is just 22 and the working population is set to rise and peak around 2060.

This demographic transition represents a massive opportunity as well as the biggest threat to Pakistan moving forward.

The Opportunity and the Risk

As populations across the developed world age and decline due to low birth rates, Pakistan finds itself among the select group of countries still in nascent stages of demographic transition. That’s precisely  why there is so much interest in the country.

Pakistan has been able to attract a plentiful of interest from international investors in range of domains. However, Pakistan is still mired by corruption, inequality and faces chronic shortage of electricity and water.

Good governance is essential to make sure our young population doesn’t turn into an angry, resentful mob due to inequality.

The Effort Needed to Unlock This Opportunity

Progress doesn’t occur in a vacuum. Yes, working age population is going to increase in Pakistan, but whether it boosts economic growth or turns into an anchor depends on long term policies, vision and good governance.

Millions of working age people can’t be productive members of society if they aren’t adequately educated. However, it seems this point escapes governments in Pakistan as they have repeatedly failed to address the glaring holes in our education system.

The country has failed to meet all Millennium Development Goals like increasing literacy rate, retaining enrollment and increasing net primary enrollment. 25 million children (nearly half of all children in the country) are out of school and the number hasn’t changed for a decade due to increasing population.

Higher education isn’t faring well either. Although many of our universities have been ranked among the top 900 in the world, they have steadily fallen over the last few years. As more and more countries pump money into education to build up the human capital of tomorrow, our budget allocation for education is a measly 2.6%. Research is stagnant, there’s little innovation from the private sector and most schools and universities are degree mills run for profit above all else.

Once you move past education, the situation is even more dire. The industry academia divide isn’t even close to being bridged with a recent survey indicating 77% of employers aren’t happy with the quality of graduates being produced.

There’s been a revival of sorts with many bright minds moving towards entrepreneurship and the government, credit where it’s due, has tried to facilitate them. But hailing it as a panacea is a trap we must not fall into. Our education system is still woefully inadequate and under-equipped.

The Transition from School to Work:

All this talk of promise can feel hollow if you’re a young person in Pakistan. After all, employment opportunities are hard to come by, nepotism runs rampant and employers can implement harsh conditions due to an eager supply of graduates ready to take your place.

Ensuring that the transition from education to work is smooth is the government’s responsibility but, clearly, they are failing.

We all know smart people who have grown disillusioned and left the country for greener pastures. This shows in the statistics as well. Over the 2010-2015 period, Pakistan’s net migration stood at negative 1.7 million according to a report by the Wittgenstein Center.

Tens of thousands of students are wiling to forego earnings and do menial jobs in Canada, US, Germany and other countries just to secure their future. So is it justified to term the current generation as lazy or not-good-enough? They are willing to put in the hard work but they need to have some security, personal development or incentive, which seemingly not many can provide in Pakistan.

It’s a systematic failure for top to bottom and the government and private sectors are to blame. To every company that treats employees like nameless ‘resources’, to every government department and officials responsible for the plight of our public schools, to every foreign graduate faculty member turning a blind eye to the quality of education being administered while drawing a fat check every month: you are responsible for the futures of millions and so far, you are failing them.

In a country of 200 million, there’s a lack of career counseling, internships (where you actually learn something and not get coffee for your superiors) and a stunning lack of emphasis on trade skills.

These handicaps have severely hampered the development of our human resource capital. The fact that anyone manages to flourish despite these mile high odds stacked against them in a testimony to the spirit of our youngsters. Will anyone work towards enabling them or is it too much to ask?

Young people in this day and age are informed. The internet, countless media outlets and social media mean that anything worth knowing, people usually do. That’s why it becomes increasingly important for governments to have youth representation and input whether it’s in policy or leadership.

There’s a social disconnect wider than any point in history between generation today and it’s naive to think career politicians can accurately represent youth interests without talking to them.

There’s also a very important aspect not many talk about as Pakistan becomes a more and more attractive destination for foreign companies and investment. With the influx of established giants with optimized production and product streams, local alternatives simply can’t compete. Take Daraz for example. It simply swooped in and took the majority of the market share. There’s an argument to be made about the quality of local stores but that’s a discussion for another time.

The point is that even if things go right, we risk becoming a consumerist society with profits flowing out of the country to tax havens. We need to have strong protection for local businesses and laws for foreign companies that ensure we don’t end up hurting local entrepreneurs just to show great FDI numbers.

We are at the cusp of an enormous opportunity. To avail it, good governance is essential. Tens of millions of working age men and women could propel Pakistan into a hyper productive period or end up sowing disorder, inflaming racial divides and violence.

The next few decades are going to make or break Pakistan and everyone of us is going to be responsible whichever way the scales end up tilting.