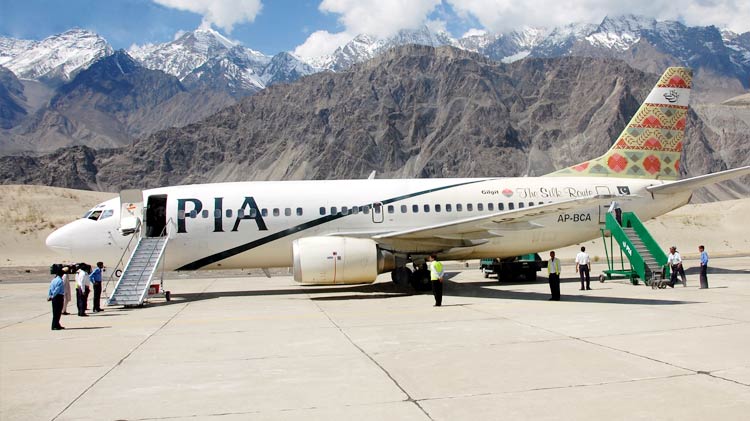 Pakistan International Airline has cancelled its flights to Northern Areas, mainly to and from Chitral, Skardu and Gilgilt due to air space restrictions in the region, it is learned.

According to details, Civil Aviation Authority issued air space restrictions for commercial airlines in the region for September 21st, for at least one day.

Sources said that these restrictions could extend, depending on the situation. Any extension in ban on air space will be communicated later.

While we don’t have definitive reason behind the air space ban, it is said that move could be due to recent unrest in occupied Kashmir and attack on Military Headquarters in Uri.

The PIA spokesperson apologised to customers for the inconvenience and said that such customers will be compensated.

Suspension of PIA flights to Northern Areas could last up to 3 days – done as precautionary measure following Uri pic.twitter.com/53yvpHmwf4

PIA said that passengers could contact support staff or helpline to find out more details about alternate flights.

It merits mentioning here that Pakistan Air Force fighter jets have been making rounds in and around of Islamabad today. Quite clearly the forces have been on high alert and are ready for anything.