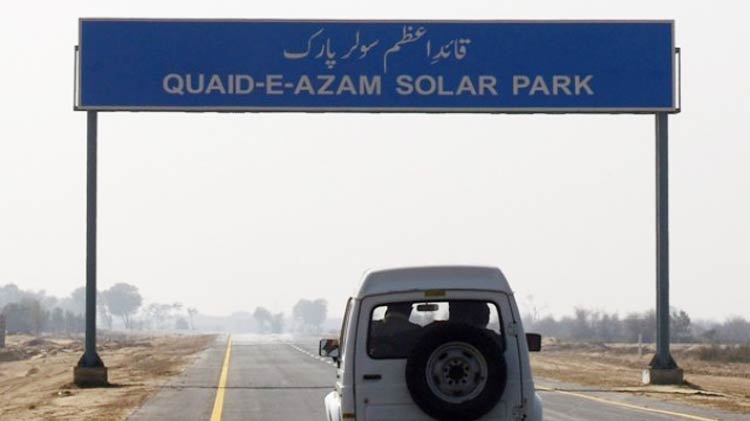 Government has cut the rates it pays for solar electricity, dealing a blow to the production of solar energy on a large scale in Pakistan, media reports said.

In Cholistan on March 2015, the 100 megawatts Quaid-e-Azam Solar Park was set up by the Punjab government. The purpose was to attract foreign interest and investment, which would eventually lead to investment for adding 900 additional megawatts of power.

That tactic did work and the Chinese showed keen interest in investing in the initiative. Zonergy Limited, a renowned Chinese energy company, invested $1.5 billion in the venture, with a plan to start it by the year June 2016.

Following the most recent move of the government, investors will be harder hit with less-than-ideal returns from solar energy.

The Change In Prices

Reaction To The Change

After bringing 200 megawatts of the 900 promised megawatts last month in Bahawalpur district, the cut in price did not please the Zonergy organization. They are now pursuing legal action.

“Zonergy has gone into litigation over the reduction of the tariff and this is delaying completion of the project,” said Muhammad Amjad, chief executive officer of the solar park.

He added that the change in price cut is completely valid due to various reasons but mainly because the price for accessories and solar panels has seen a reduction in recent times. He also claimed that where this may seem like an inconvenience, the price plan that Pakistan offers, is still one of the most generous in the world.

The Solar park operating in Cholistan desert in east-central Pakistan is about 20 kilometers from Bahawalpur. It is spread over 6,500 acres and is considered to be one of the largest in the world. To protect the infrastructure and the lives of the people working there, a special security unit has also been .

Muhammad Hassan Askari, the park’s operations manager, said that there is no solution to distribute energy at night time since there is no battery system. He also said, “the solar panels feed into the national grid for around 8-10 hours each day.”

“The Cholistan desert is one of the best locations in Pakistan for solar energy production,” he said, calling the project “financially viable”.

The 100-megawatt plant project which was initiated by the government is capable of lighting 100,000 homes in the country.

“The solar park is offering green jobs to around 2,000 workers as they have been trained to install the solar panels and do other related work,” Ashkari said.

In the period when the energy demand is at peak, Pakistan faces a 7,000 megawatts shortfall. The rural areas are affected the most as they face 14 hour blackout compared to 10 hours in the urban areas.

“Pakistan should introduce a uniform tariff policy instead of considering it on a case-to-case basis, to encourage competition for private investment in renewable energy,”

Syed Zahir claimed that each year the demand grows by 8-10 percent which can only be catered by a “sustainable energy mix including solar power.”

According to World Bank, a huge total of 44 percent of Pakistan’s households are not connected to the grid whereas in rural areas, the percentage is more than 80 percent.