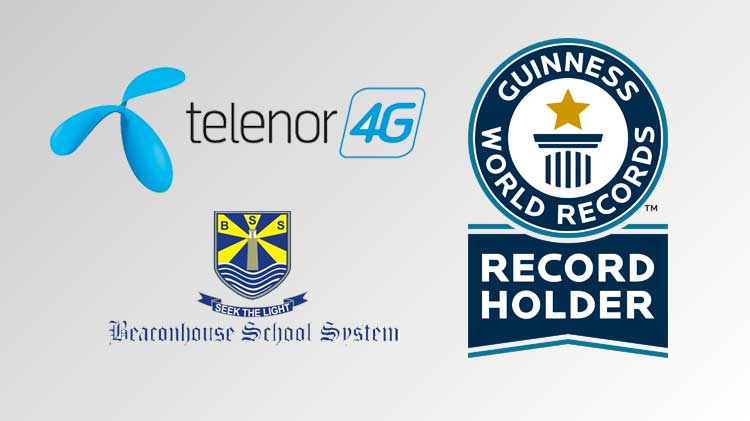 Keeping up with its tradition of innovation and corporate responsibility, Telenor Pakistan literally joined hands with Beaconhouse School System to break the Guinness World Record for ‘Longest Chain of People Clasping Wrists’. The official attempt to break the record took place on 29th September 2016 at Jinnah Stadium, Sports Complex Islamabad.

Exactly 2,950 people participated in the event to form the longest ever human chain and kept it intact for 60 seconds. The participants comprised of Telenor employees and students from Beaconhouse School System Islamabad.

Telenor celebrated Customer First Day on 29th September, 2016 all around the globe. Being a customer centric company, it has been celebrating the day for five consecutive years.

During the day, all of the Telenor management, including those from headquarters who generally don’t get to meet with customers first hand, go out and meet with the people and get their feedback.

This year Telenor chose to set a theme for the Customer First Day. With the ongoing internet boom, especially in the South Asian market, the company chose to educate the public, especially the kids and teenagers, on the Safe use of the internet. 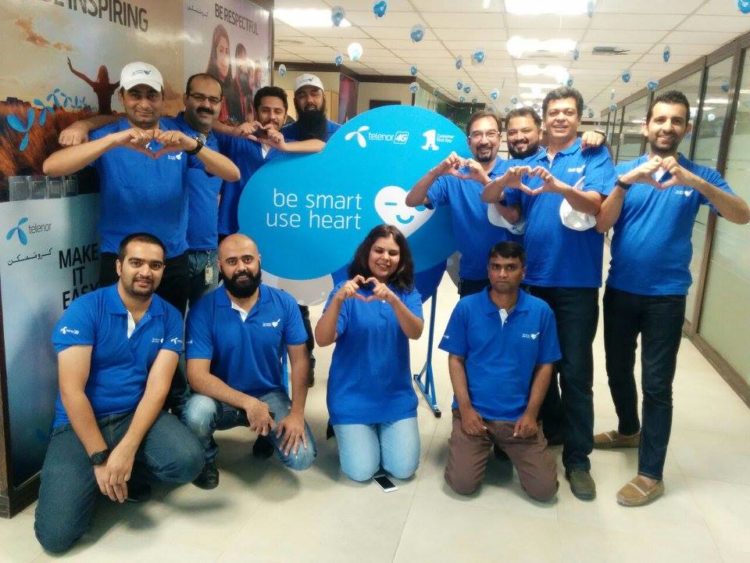 Telenor has launched a #UseHeart campaign, so that kids know how to deal with internet menaces like child bullying. Kids were told what to do when they face such a problem. The campaign has been launched globally and will help millions of children in protecting themselves on the internet.

The company has even released a guide book which the kids can refer to so that they can be safe while using the internet. The Guinness World Record was also broken under the UseHeart slogan.

Telenor celebrated the annual day with more than a Guinness World record. To showcase the company’s dedication on taking a stand for Safe Internet, Telenor employees from seven regions across Pakistan visited schools and public places to engage thousands of children, teachers and parents and educated them on how to use the internet safely. 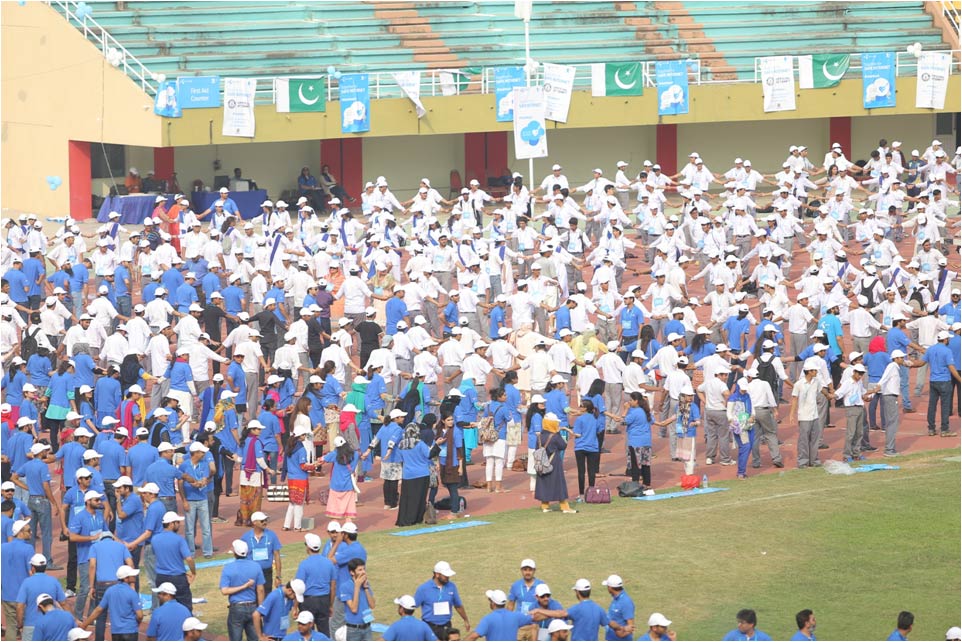 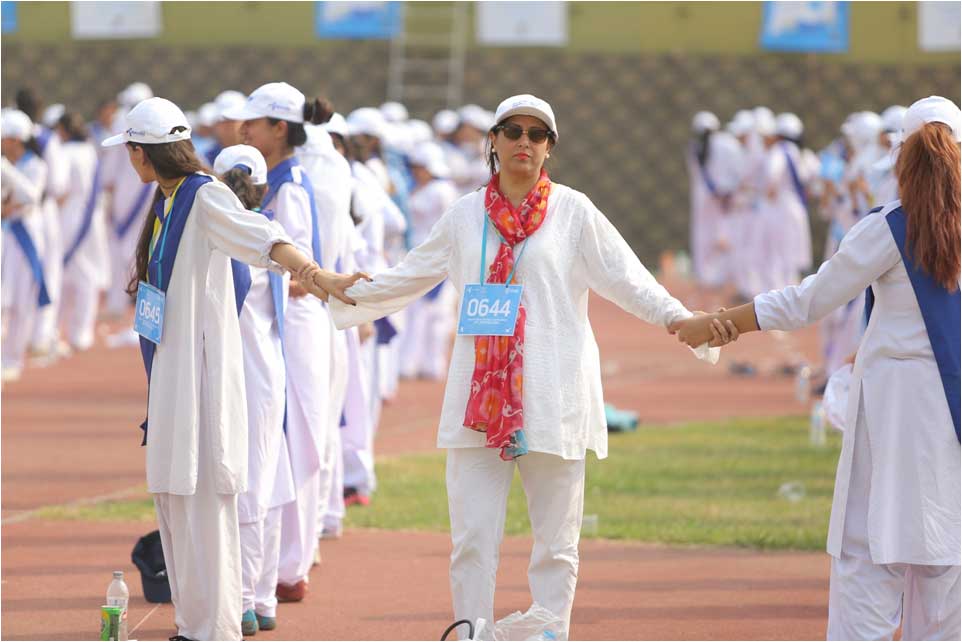 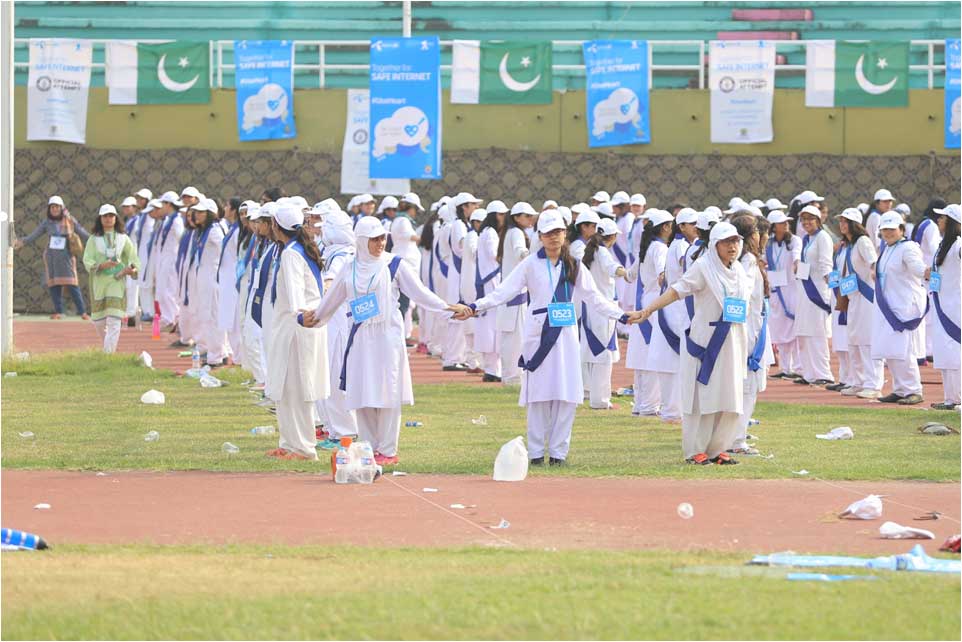 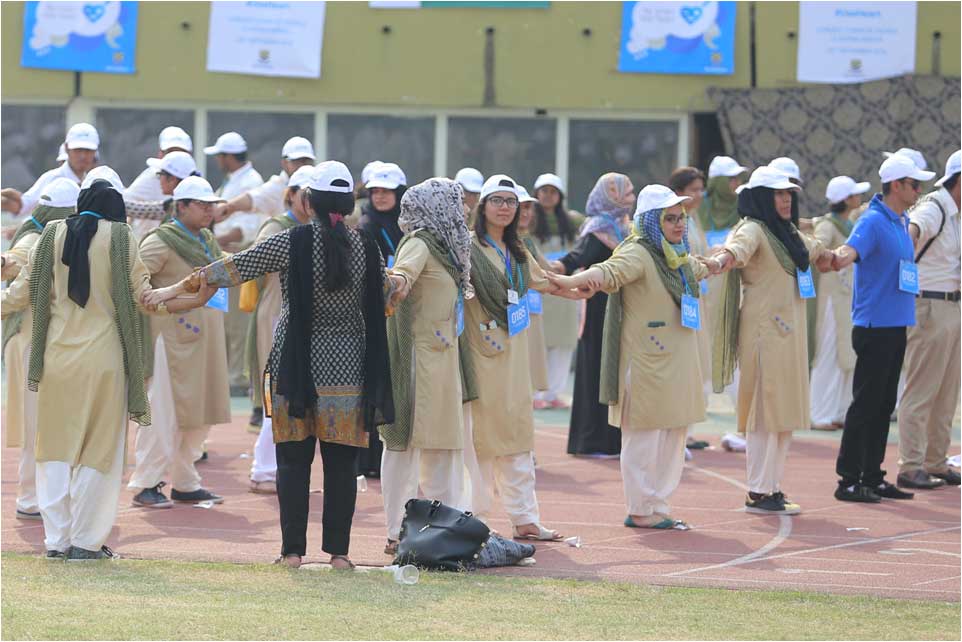 During the event all of the senior management of Telenor Pakistan and Beaconhouse School System was present. The event started with the National Anthem. It was followed by small dramas and skits by the students. Following that the record breaking attempt was made by Telenor employees and students.

The Guinness book representatives were present at the event and evidence of the record breaking attempt were sent to their office in London which later confirmed the World Record. During the event, refreshments/food was also served to participants

Importance of the Record for Pakistan

The Guinness World Record puts Pakistan on the global map yet again but this time with a much more positive outlook. Where international media usually refers to Pakistan only for negative news, such positive outlooks are a breath of fresh air neutralizing the negativity surrounding Pakistan worldwide.

Malik Faisal Qayyum, Director Customer Value Management and Analytics, Telenor Pakistan believes raising awareness about the internet will allow youngsters to make wise choices when they are online. “We consider it our responsibility to educate people of the power of internet and the responsibility that comes with it,” he added.

Seyda Subasi-Gemici adjudicated the attempt on behalf of Guinness World Records and congratulated all of the participants on such a big achievement.

Aim Behind the Record

The human chain was formed as a sign of solidarity towards Telenor Pakistan’s initiatives in promoting a safe internet. Telenor Pakistan has been actively working to promote positive use of the internet throughout the nation, especially amongst the youth of the country. The network provider builds its safe internet objective alongside its ambition to provide “Internet for All”.

Telenor Pakistan, with assistance from the Beaconhouse School System, has put out a positive image of the country and its inhabitants. Other than the event’s international positivity, the participants will also feel like they have done something for the country. This could motivate them and several more to work for the better of the country and also improve efforts on promoting Safe Internet in Pakistan.