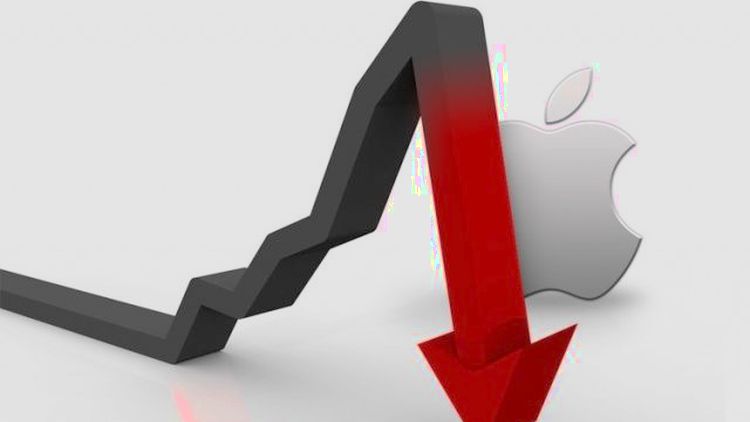 Apple’s name has almost been synonymous with record-breaking profits and sales figures since the turn of the century but that streak could all but end come the next earnings report. Analysts now estimate that the company will announce its first annual decrease in profits in more than a decade. The revenue, however, will still be a lot.

Apple is expected to take home $215.67 billion in annual revenue, down from $233.72 billion it announced last year. Though Apple loyalists would still be crossing their fingers for the iPhone 7’s sales figures, it’ll be a surprise if anything else happens tomorrow.

The last time Apple’s revenue dropped was in 2001. That year, it announced a revenue of $5.36 billion, down from $7.98 billion a year before. Soon after, it announced the original iPod and started an unprecedented chain of growth backed by numerous record-breaking product launches and surprises, which helped it achieve a sizeable cult-like following for the next one-and-a-half decade.

However, with the focus shifting towards software, investors have kept their faith over Cupertino, whose stock price has risen 11 percent in the last six months alone. Also, the fact that its revenue was dropping for two consecutive quarters means we are not really as surprised by the turning of events.

With the spotlight now towards the next year, most people will be interested in seeing how the company positions its sales target for the next year. Analysts forecast it at $225.66 billion, more than 2016 but still quite some distance away from previous year.

More people still will await the more usual coming this Thursday, where Apple is expected to unveil its new MacBook lineup for 2016. Watch this space until then.