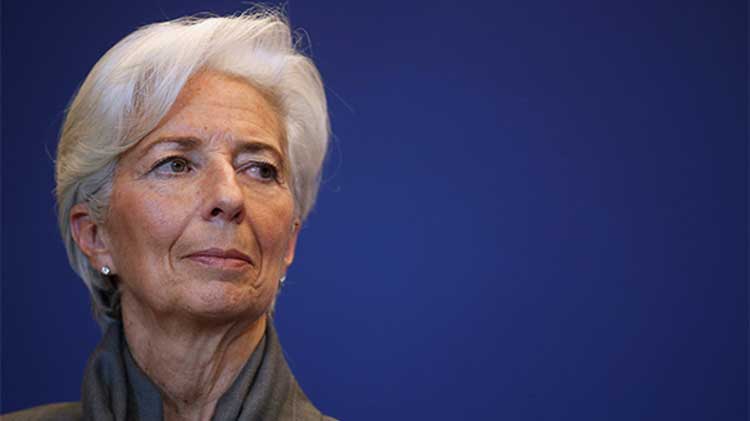 International Monetary Fund’s president, Christine Lagarde, who is recently on a visit to Pakistan, said that the country’s perception on corruption was hurting growth.

She was speaking as a keynote speaker at a seminar on “Pakistan and Emerging Markets in the World’s Economy.” She was the first head of IMF to visit Pakistan after the passage of 10 years.

She stated that Pakistan’s public debt was high and with corruption being endemic, the country needed a three-pronged strategy to arrest this slide.

“Despite significant fiscal consolidation, the public debt of Pakistan remains high at about Rs19 trillion or 65% of GDP.” – Christine Lagarde

Previously she facilitated the government for successfully completing the $6.1 billion three year IMF program for bailing out the Pakistani economy, which faced the threat of defaulting on its payments in 2013.

According to the IMF Chief, Pakistan needs to broaden its tax base so that it could reduce its debt levels and increase revenue. It also needed to reduce the losses that were the hallmark of certain public sector enterprises.

“Pakistan today only collects little more than half of the estimated revenues and this requires serious efforts to bring more people in the tax net,” she said.

Next it had to combat corruption so that private investment picks up and inefficiencies are weeded out to ensure inclusive and sustainable growth.

“Pakistan ranks 117 out of 168 countries in perceived corruption in the Corruption Perceptions Index.”

To overcome these issues, she suggested a three-pronged strategy that included:

Currently Pakistan comprises 10% of its economy due to private investment and exports. This needs to be higher.

Education access was also critical since 60% of Pakistan’s population comprises of youth. This in turn could give equal opportunities to women when it comes to jobs and finance.

The IMF Chief mentioned that now the global landscape is ripe for change, with emerging economies like Pakistan perfectly positioned to drive global growth, as opposed to advanced economies.

The global growth rate is fragile and for this, Pakistan has to rely on domestic resources and revamp its policies so that it can offer more opportunities to the youth in the country.

“Pakistan will need to retool its economy and train people in order to take advantage of the situation. Pakistan can also take advantage from low oil and global commodity prices.”