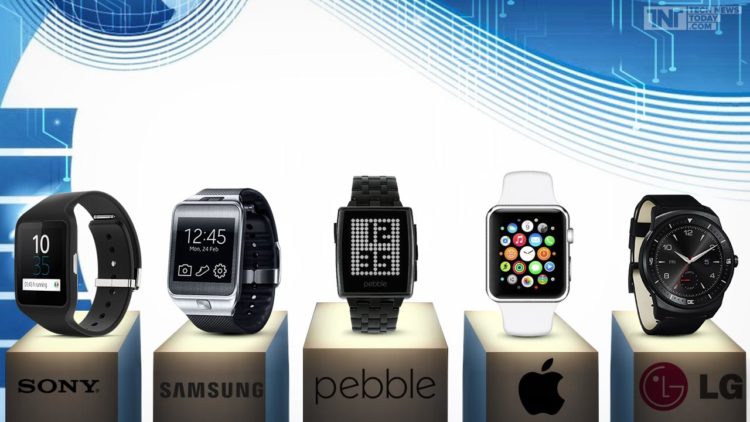 Apple may have released a watch after following a lead in the market but it appears that the company’s product line, which is among the company’s more recent, is struggling to gain traction. The same also goes for other OEMs, most of which are also struggling, but still not as bad as Apple this year. It seems the smartwatch craze is over and getting people to buy new ones is proving very difficult.

Latest figures from IDC claim Apple sold 1.1 million units in the third quarter of this year, down a huge 71.6 percent over the year before. Due to the declining demand, which saw the entire market displace just 2.7 million units, down by 48.4 percent a year ago, the entire product segment seems to be hit hard.

Garmin played the runner-up with just over half of Apple’s share at 0.6 million units, while Samsung came third with just 0.4 million units shipped. However while Samsung’s market was pretty much stagnant the whole time, Garmin increased its sales by 500,000 units over the past year, which is commendable. 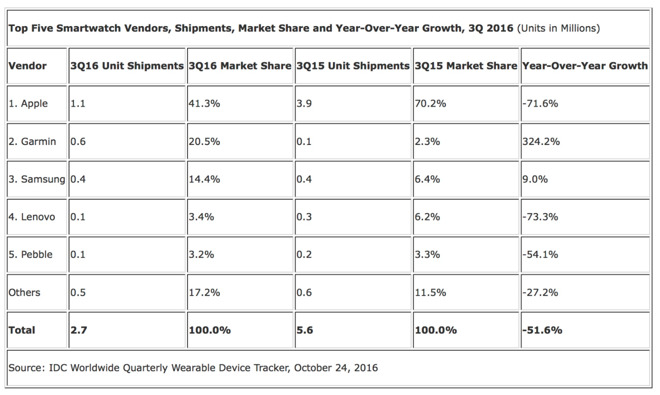 Lenovo and the trailblazer of the industry, Pebble, stood with a hundred thousand units apiece, while the rest of the market saw 500,000 units get sold.

It is worth noting that Apple doesn’t announce the official sales figures for its Watch series, and market analysts have been of the view that things might not be doing as well as hoped for Apple. With Xiaomi, Asus and Huawei gearing up with their high-end smartwatches and rumours of HTC, Google and Oneplus smartwatches, if there is any room for improvement in the market, these players will take a bite out of everyone’s share resulting in even less sales for the market leaders.

Apple, however, is expected to get back to its expected top spot, thanks to the holiday season. The new GPS-enabled Watch and the reduced price of its older Watch models, which now start at an alluring $269, seem to have had no positive affect on its sales.